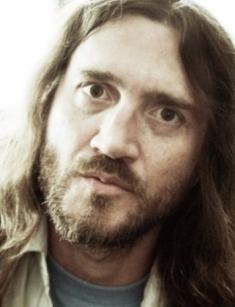 He is a professional guitarist. He joined the popular band when he was only eighteen. Two years after his appearance in the group, all members turned into absolute rock stars. This rise to stardom was too fast for John dreaming of focusing on music. He struggled with unexpected popularity а finally quitted the band. The years after the group was hard and deemed by using heroin and the death of John’s friend. Finally, he managed to recover and to get more mental and spiritual way.

The boy was raised by his mother and a stepfather with whom John had warm relationships. When he was seventeen, he dropped out of school deciding to pusrue the musical career. His parents supported him.

He was fascinated by the local punk rock music. He studied to play all the band’s songs. The guitarists mentioned that he didn’t understand what he was doing. At the age of eleven, he studied legendary rock guitarists. As a teenager, he attended the guitar lessons and heard RHCP first time when his guitar teacher came to the audition as a guitarist for the band. When he was fifteen, he began listening to his future band, becoming a devoted fan. His idol was the guitarist of the group. He met the guitarist and spoke with him several months before his death.

In 1988, the 18-year-old guitarist joined the band RHCP. By that time, he had already met the guitarists of the band.

Two years after joining the band, RHCP met a thorough break success, which turned the musicians into the rock stars. The talented guitarist was not ready for the band’s popularity. He struggled with the band’s success, his dislike of its fame steadily growing. John said that he didn’t need this popularity and would prefer to play this music at local bars. Once the guitarist denied taking the stage at the club announcing his quit. He quit in 1992.

The first time after his quit, John was involved in drug addiction. He developed terrible habits during the last four years in the band. John suffered from a deep depression. He felt that he wasn’t able to write music and didn’t know how to live longer.

After years of addiction, John managed to recover by 1998. That year proved to be very tough for RHCP. The musicians were on the verge of breaking up. Flea considered that there was only one chance to make things better – to get John back in the band. When Flea proposed John to come back, the guitarist said: “nothing would make me happier in the world.” His comeback helped the team to restore healthy morale and critical component of the band’s sound.

Next year the band released one of its best albums. During the period between 1998 and 2009, he worked on his solo albums and also remained a member of the band. John told the work with the team was one of the happiest parts of his life.

In 2004 he began a side project named Ataxia alongside the other musicians.

In 2009 the musician released that he had parted ways with the band. He focused on releasing electronic albums.

At the same time, he began his solo career. In 1994 he released his first recording. John’s albums demonstrate various recording techniques and genres. For his music, John received the highest critical recognition. He was repeatedly included in the list of 100 greatest guitarists. On the 15th of December, it was reported about John’s returning to the band.

During 1993 he lived with his friend, the popular Hollywood actor. The friends always were on drugs. On the 30th of October, they arrived at the Hollywood night club party, at the end of which his friend was found overdosing. Later, John never commented about his death and where he was at the moment of his death.

The years after his first separation from the group the guitarist lived with permanent abscesses remaining the heavy drug user. His friends made a documentary depicting the terrible poverty he was living. The walls of his house were badly damaged and covered in graffiti.

In 1996 he decided to go it cold turkey. But two years later, John still struggled his addictions. In 1998 he began his rehabilitation in the clinic. When he appeared in the clinic, he suffered from a potentially lethal oral infection. This case demanded tooth removal and putting dental implants. After his recovery, John began keeping a more ascetic lifestyle. He practiced yoga and preferred to eat mostly unprocessed food. John also abstained from sexual activity. Today he denied practicing yoga due to his back, but he meditates daily.

In 2011 he married a drummer and a vocalist of the experimental band. In 2015 his wife filed for divorce. According to the documents, his wife was receiving $20,000 per month. However, she demanded a higher payment until $75,000. Even though the guitarist refused to pay money, the court forced him to pay $53,000 per month and also to cover his ex-wife’s legal expenses. He had love affairs with Mila Jovovich and Toni Oswald. His current girlfriend is Marcia Pinna. His net worth is $20 million.