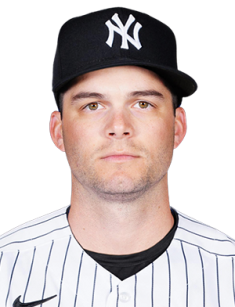 Andrew Sebastian Benintendi, who was born on July 6, 1994, is an Ohio-born baseball player. Andrew is best known for playing as a professional outfielder for such baseball teams as the New York Yankees, Kansas City Royals, and Boston Red Sox (MLB).

Andrew was born in Cincinnati, Ohio, an American city. He comes from a well-established family that consists of his parents, Jill and Chris. Andrew is not the only child in the family, so he has two little sisters named Olivia and Lily. Speaking about his ancestry, his grandfather immigrated from Italy to the United States. He spent the majority of his childhood in Ohio. After completing his education at Madeira High School, he attended the university.

Andrew first started playing baseball in high school. Then he became a player for the University of Arkansas team. Throughout his career, as of 2022, Andrew has played for 4 teams: the Boston Red Sox, Kansas City Royals, New York Yankees, and Chicago White Sox.

The Boston Red Sox selected Andrew in the 2015 MLB Draft with the seventh overall pick. They offered him a $3.6 million signing bonus when he agreed to join them. The Red Sox announced on February 8, 2020, that they had avoided arbitration by signing Andrew to a two-year, $10 million contract. With a right rib cage strain, he was even added to the 10-day disabled list on August 12. After being placed on the 45-day injured list on September 8, Andrew's 2020 season was over. He had a 4-for-39 batting average (.103) with one RBI for the 2020 Red Sox.

In a three-team deal on February 10, 2021, the Red Sox received Josh Wieckowski, Franchy Cordero, and three additional players in exchange for Andrew. Andrew batted.276/.324/.442 in 134 games for the Royals, driving in 73 runs and hitting 17 home runs. With 1,116 innings played and a.987 fielding percentage, he won his first Gold Glove Award and ranked first among all left fielders. For this, Andrew received an $8.5 million salary for the 2022 campaign.

In exchange for minor leaguers T. J. Sikkema, Chandler Champlain, and Beck Way, the Royals dealt him to the Yankees on July 27, 2022. Andrew was forced to leave the game in September after being struck by a pitch on his right wrist. The baseball player's right wrist discomfort led to his 10-day injury suspension the following day. More evidence revealed a broken hook in Andrew's right wrist's hamate bone, which will require surgery.

At the end of December 2022, it turned out that Andrew had agreed to a five-year deal with the Chicago White Sox baseball team. The cost of this deal is also known; it is about 75 million dollars. Anyway, there are still no official confirmations.

Andrew is a huge fan of the Cincinnati Reds. Even though Andrew prefers to keep his personal life private, it is known that he is currently dating Rebecca Ann Schimel. Now Andrew resides in St. Louis, which is one of Missouri's biggest cities.

Here is the list of achievements that Andrew received throughout his baseball career: