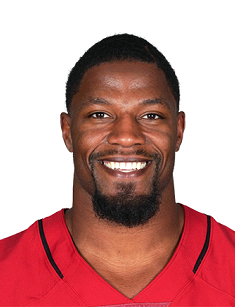 He is a professional footballer who continues to impress fans with his impressive stats and original game. He stands for his speed and agility, as well as his positiveness and hard work. Being raised by the only mother, the athlete had to grow up early and maturely met life hardships. Nevertheless, he proved to be good at all sports and subjects at school.

Having impressive skills and athletic complexion, he became a star not only in football but also in track and basketball. He scored several records at high school.

The footballer was born on 16th of December and raised in Iowa. He has five siblings, and his childhood wasn’t cloudless. Children were raised by their mother, who had to struggle to feed and clothe all her children. David mentioned that his mother took any job which she could find. When the family moved to Clinton, they lived in hotels. David understood that she did her best and tried not to add his mother worries. David worked himself in every sport, trying to get some benefits and make his life a little bit brighter.

David said that he had to grow up early, to take responsibilities and be a mature man. That’s why the football team saw in David not only skilled athlete. They appreciated his maturity and didn’t need to worry whether he would work hard and study.

At high school, it was clear that the boy would be a star. He was moved up as a sophomore and did his best. His coach told him that he was such a positive person with an infectious smile.

Thanks to donations he visited several camps and later was offered scholarship from two universities. He made chose and played for the Cedar Falls. He had never regretted his decision.

His college career didn’t start high. His mother’s car was broken, and the footballer worried that he would be late. He called his coach from high school who helped him. In summer after graduation from high school, David found a job; he removed asbestos from buildings on campus.

When he left his college, David’s height was 6 feet, and one inch and his weight was 224 pounds. For his size, David has exceptional speed, power and agility, which made him one of the most prospective quarterbacks. He developed work ethic as well as necessary motivation.

He played for the Cardinals when he signed the contract in 2015. During his first pro game, he made a 55-yard touchdown and had gained more playing time for the next game. His best year happened in 2016 when he made impressive stats. At the beginning of 2017, he injured the knee, which seemed very serious. However, he didn’t need any surgery. Six months later, he had a wrist injury and had to miss several months for recovering. In 2018 he signed the contract extension according to which he would play till 2021.

The footballer is happily married. He is a family man who often featured with his wife. David named his wife the biggest supporter and biggest critique. In 2017 the couple welcomed the first son. His net worth is $3 million.