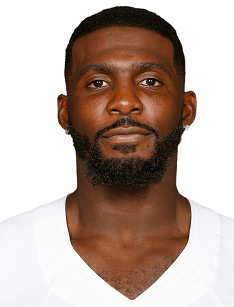 He is a pro football player with impressive statistics. He played for his first professional team for eight years and was the most efficient player. Even though his career slowed down, and the athlete had several injuries, he wished to continue to play.

The boy had a troubled childhood. He was born from his teenage mother. When he was eight, his mother was arrested for dealing cocaine. The boy had to live in eight different homes. At school, he was a real star, an athlete who was excellent in various fields.

He was regarded as one of the most prospective footballers. He attended the state university in Oklahoma for three years. Those times Desmond continued to play a highly successful and impressive game. He set a school record for receiving yards in a game by a first-year student with 155.

In 2009 he entered the draft and was bought by the Dallas Cowboys. Soon he became an active part of the team. In 2012 he injured his knee and had to miss the half of the next season. In 2013 he reached the peak of his career, making 13 touchdowns, 1233 yards, and 93 catches. His first contract came to an end in 2014. That year, the footballer played remarkably well.

Thanks to his brilliant game during his five-year-contract, Bryant got numerous accolades and managed to prolong his performance for the Cowboys.

In 2015 he signed the other contract, which worth was $70 million. Nevertheless, he met typically for athlete hardships, injuries, pain, and mental struggle. In 2015 he appeared only in nine games of the season.

However, he continued to demonstrate extreme form and spirit in the 2016 and 2017 seasons. But his career steadily slowed. The Cowboys released him in 2018. That year he signed the one-year contract with the New Orleans Saints, but this year was unfortunate for the player. During the team's practice, he tore his Achilles tendon. The whole season he was on injured reserve, and he hadn't played any game with the team.

In 2019 he announced his plans – to recover. He wasn't going to retire and wished to return to the game next season.

In November 2019, the athlete announced his attempt at the comeback and played for the Saints. He removed from the severe injury. However, he hadn't played for the team since 2017, and this fact put under a big question his triumphant comeback.

On the whole, there are many talks about his perspectives. Many experts regarded him as a realistic option for the patriots. At the same time, there were rumors about his signing the contract with the Eagles.

The athlete had several legal issues. Thus, he was sued in 2011 for legal fees. In his college times, he bought jewelry on credit but hadn't paid. In 2012 he was arrested for domestic violence when he hit his biological mother. In 2016 he was halted due to the complaint. The owner of the rented house blamed him for damaging it.

Even though the athlete remains to be single, he has got two sons. His net worth is estimated at $10 million.