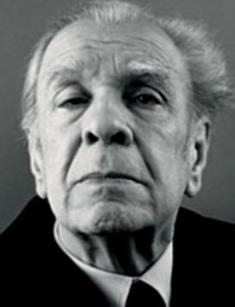 The biography of the Argentine writer, Jorge Luis Borges, is notable for the fact that, as a master of the short story, poet and publicist, he updated the language of fiction and opened the way for a new generation of Spanish-American novelists. The talented novelist contributed to the development of the fantasy genre and became one of the founders of the movement of magical realism in Latin American short stories of the XX century.

Jorge Francisco Isidoro Luis Borges Acevedo was born on August 24, 1899, in a suburb of Buenos Aires. His mother, Leonor Acevedo Suárez, was a descendant of Spanish-Italian immigrants who fought in the Argentine war of independence, and his father Jorge Guillermo Borges Haslam, who worked as a lawyer, had Portuguese and English roots.

Poor, but educated parents instilled in children a love for literature from an early age, so Jorge Luis and his sister Nora, who later became an artist, received a decent education and at the beginning of school were able to read and write and knew two languages: English and Spanish.

Practicing his art under his father's supervision, the boy began to compose stories and became interested in translations, one of which was published in a local magazine in 1908. Parents saw the talent of the son and tried to develop his abilities, having put him in the 4th class of one of the educational institutions of Buenos Aires.

However, the primary school was unable to provide new knowledge to the precocious child. Instead of doing his homework, he continued to work on stories, causing the anger of teachers and bullying of classmates.

Borges' interest in studying awoke after his father, who began to lose his sight, left law in 1914 and moved the family to Switzerland. There Jorge Luis began to study French and became interested in German philosophers and also entered the Geneva College and struck up an acquaintance with the writer Maurice Abramovich, which lasted until the end of his life.

When the parent underwent treatment at the Swiss eye center, the Borges planned to return home, but the outbreak of World War I and political unrest in Argentina forced them to change their minds and stay in Europe until 1921.

At this time, Jorge Luis became interested in poetry and began composing poems in French. He lived in Spain for some time, where, under the influence of the poets Guillaume Apollinaire and Tommaso Marinetti, he joined the representatives of the literary avant-garde and published the first original work entitled "Hymn to the Sea."

Returning to Argentina, Borges composed and published a poetry collection, Fervor de Buenos Aires, and then began writing essays for literary magazines and almanacs. Gradually moving away from poetry, the young man invented the genre of the philosophical short story and soon became one of the most influential Spanish-language authors of our time.

Early in his career, Jorge Luis co-founded Prisma and Proa, which were sometimes distributed to readers as leaflets posted on the walls of buildings. An interesting fact is that being ashamed of some of the early publications, Borges sought to obtain and destroy issues of magazines containing unsuccessful examples of his artistic creativity.

In the mid-1930s, the writer became interested in existentialism and began to work in a style that critics called "irreality," where the plots were based on philosophy and imagination, rather than traditional life experience.

Borges regularly updated his bibliography with publications in the Sur magazine, founded in 1931 by Victoria Ocampo, to whom Luis dedicated the story El jardín de Senderos que se bifurcan (The Garden of Forking Paths) 10 years after their first meeting. This edition brought Jorge Luis fame in the Spanish-speaking world and was the beginning of a fruitful collaboration with the aspiring science fiction writer Adolfo Casares.

Working under the pen names H. Bustos Domecq and Benito Suárez Lynch, the writing duo published several collections. Among them, especially popular, were short detective stories telling about the adventures of Don Isidro Parodi, such as Six Problems for Don Isidro Parodi and Two Noteworthy Fantasies created in the 1940s, and the parodic mystery A Model for Death.

In 1933, Borges began to collaborate with the editors of the literary Supplement to the newspaper Crítica and for the first time, published works included in the collection entitled A Universal History of Infamy. These were stories that included elements of journalism, mixed with a fantastic account of real events, and literary forgeries, issued by the author as translations of passages from famous but rarely read books.

In the following years, Jorge Luis served as a literary adviser at Emecé Editores. He wrote a weekly column in El Hogar magazine and then found work at the Municipal Public Library of Miguel Cané. The duties of working in the archive of the foundation left a lot of time for literary creativity. Borges gladly experimented with style, creating stories devoted to reflections on the connection of the author of the work with its historical context.

During this period, the writer published a collection of Fictions, which included such miniatures as "Pierre Menard, Author of the Quixote", "The Library of Babel" and "Funes the Memorious", as well as an essay called "A History of Eternity", which became a storehouse of philosophical reflections and vivid quotes.

Besides, in 1952, Argentina published a series of essays called Other Inquisitions, where the author reflected on the work of colleagues and analyzed some of the famous works, forcing the reader to solve endless puzzles and riddles. The most famous stories of this genre were "The Mirrors of Enigma," "Legend," " Note On (toward) Bernard Shaw," and "A New Refutation of Time."

At the same time, Borges began a public career as a lecturer, becoming President of the society of Argentine writers, and took up the creation of scripts for feature films. In 1955, Jorge Luis was appointed a manager of the national library, where in four years he completely lost his sight.

Blindness did not prevent the writer from continuing to work on his stories, which he dictated to his mother, who became his private secretary. In 1961, Borges won the first international prize and aroused the interest of representatives of the English-speaking world. The Argentine government arranged for the writer to travel to America, during which he gave lectures, followed by a tour of Europe.

During this period of his life, the writer received unconditional recognition and became the owner of numerous literary awards, among which was the Balzan Prize for Literature and Philosophy, The World Fantasy Award—Life Achievement, and National Book Critics Circle Award for Criticism.

In 1967, Borges began a 5-year collaboration with translator Norman Thomas di Giovanni, who helped the writer introduce English-speaking readers to such works as the Book of Imaginary Beings, co-authored with Margarita Guerrero, The Book of Sand, Six Days, Seven Nights, and others.

For most of his life, Borges was in the company of his mother, who supported him from childhood. It was she who, in 1967, arranged the first marriage of the writer with a widow named Elsa Helena Astete Millán. Leonor Acevedo expected that the woman would take care of the blinded older man, but her hopes did not come true, and the couple's personal life ended in divorce three years after the wedding.

After that, for a long time, Jorge Luis was under the care of the housekeeper Fanny, and personal assistant Maria Kodama, who, judging by numerous photos, accompanied the writer on trips around the world and in 1986 became his second wife. She remained with Borges until his death in 1986 and later became an opponent of the reburial of the remains of the famous Argentine writer.

Borges spent the last months of his life in Geneva in the company of his newfound wife, Maria Kodama. Knowing about the approaching end, the writer calmly accepted the inevitable. He thought a lot about death and eventually asked for confession from priests representing the Catholic and Protestant churches.

On June 14, 1986, Borges died of liver cancer and was buried in the Swiss Cemetery of the Kings after a funeral ceremony at St. Peter's Cathedral.

I have always imagined that Paradise will be a kind of library.

I ask of any God, of many gods, that if they give immortality, I hope to be granted oblivion also.

Any life, however long and complicated it may be, actually consists of a single moment — the moment when a man knows forever more who he is.

We (the indivisible divinity that works in us) have dreamed the world. We have dreamed it resistant, mysterious, visible, ubiquitous in space and firm in time. Still, we have allowed slight, and eternal, bits of the irrational to form part of its architecture to know that it is false.