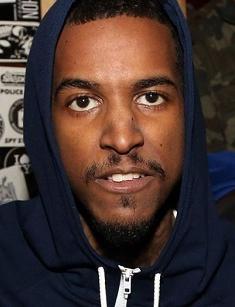 Tavares Taylor (known as Lil Reese) is an American rapper who owns the clothing line. He emerged at the Chicago's drill scene in the 2010s. Most of his best songs were recorded in collaborations with such artists as Chief Keef and Lil Durk.

Tavares Taylor was born in Illinois in 1993. While growing up, the young artist had issues with law: drugs, gang violence, and other illegal stuff. He dropped out of school so he could devote all his time to the music.

In 2012, Reese received some attention after featuring on the single I Don’t Like by Chief Keef. Then, the rapper started releasing his music videos, such as Us and Beef. Reese signed a contract with the label Def Jam because he began working with producer No I.D., who helped to release the albums of various artists, including Common and Kanye West.

Also, in 2012, in November, Lil released a remix for Us together with Rick Ross and Drake, and this song was later included in Rick's mixtape The Black Bar Mitzvah. Next year, Reese recorded a remix for his single Traffic with Young Jeezy and Twista. In September, he released his second mixtape called Supa Savage where also appeared rappers like Chief Keef, Lil Durk, and Waka Flocka Flame. One of his most recent songs is Celebration feat. Oj300, Benji300, JL300 that was released in September 2019.

There is no information about Reese's love life, but in 2014, his first daughter Aubri Taylor was born. The name of her mother was not announced.

On November 11, 2019, Lil was injured really bad in a Chicago suburb. Witnesses told the police that it was a chase, and the rapper was followed by a driver of a car. There was, at least, 12 gunshots heard. At some moment, the driver got out of the car, shot Reese, and suddenly disappeared. Lil was hospitalized in critical condition after the shot in his neck. The police are investigating the case. Soon after the accident, Lil Durk tweeted “Reese is good” and tried to make Reese’s fans calm. We guess the concert tour of the artist will be delayed.

By the way, three years before, in 2016, Reese was hospitalized and diagnosed with Crohn's disease.

In spring 2010, Reese received two years of probation due to the burglary. In 2012, there was a video uploaded to the Internet that showed the rapper assaulting a woman, and there was nothing done. Among other crimes, next year, he was arrested because of him breaking into someone’s house and threating the people.

In April 2013, Lil was stopped on the road and asked for documents, but he did not give any proof of ownership for a BMW 750Li. That is why he was charged with its theft later in June. That year, in July, the rapper was arrested again for marijuana possession, and the fact was really bad for his probation due.