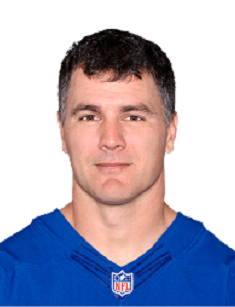 He was raised in South Dakota and, since early ages, displayed impressive athletic skills. Due to his height, he has chosen the position of the kicker. That decision allowed him to make one of the longest careers and continue to play at the age of 46.

Since childhood, he displayed am impressive athleticism and intelligence. At high school, he played for the football team, where he got the highest accolades. Due to his height, he began performing as a placekicker. In 1991 he graduated from high school and decided to bond his life with pro football. Adam has three siblings.

Remembering those times, Adam confessed that he had never thought that he would play like a pro such an extended period. He also had never felt that he managed to hit the most significant scores in history.

After graduating high school, Adam enrolled in the military academy but changed his mind after two days at the academy. Then he entered the state university. In 1995 he intensively trained to play professionally as well as played for the college team. In the seasons 1992-1994, he established himself as a skilled punter and took first-team All-honors.

His early career started in 1996 when he has signed the first professional contract with his first team - Patriots. He became its undrafted free agent. In 2001 he got much experience to lead his team to victory. He played for the team during ten seasons and finished it as the all-time leading scorer with impressive stats.

However, the team decided to release him in 2005, making Adam a free agent. Soon he signed the contract with the Colts. Adam agreed to sign the five-year contract without any hesitation.

He said that he had never felt regret that he hadn’t given a chance his former team to counter an offer. Despite the fact that he wasn’t very efficient, his team took the bowl in 2007-2007 season.

He began the 2019 season in a brutal way when he missed three extra points. As a result, he came under fire. After his interview, many people thought that he was going to retire. However, later, he announced that the retirement wasn’t on his mind and continued playing for his current team.

Nevertheless, the athlete has remained one of the legendary kickers which achievements many people call phenomenal. Thus in 2018, Bill Belichick called him; he was a more exceptional kicker that he had ever seen.

He is a family man. Adam, his wife, and their two kids live in Indiana. His elder son has followed his father’s steps – he plays football at high school. His younger brother is a kicker too. He plays in South Dakota. His net worth is more than $10 million. His other relative is a famous daredevil.