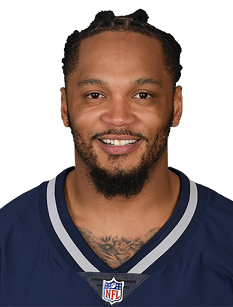 Patrick Chung is one of the most skillful and highly successful players. He performs for the New England Patriots of the NFL. Patrick started to play football at an early age and reached great results with the support of his big and talented family.

The talented player was born in Kingston, Jamaica. His parents were musical people: Chung's mother, Sophia George-Chung, is a Jamaican reggae artist who was popular in the 1980s. His father, Ronald Chung, was a music producer and manager. His mother said that her son was too young to see her at the height of her fame. Patrick was born two years after her biggest hit was released.

The sportsman's family is quite big: has four brothers and three sisters. His older half-brother is a ballet star and dancer.

Patrick initially lived in Jamaica; then, at the age of ten, his family moved to California. There he entered the Rancho Cucamonga High School. His father always supported him, and he said he was surprised that his son was performing so well on the football field. When he was only 14 years old and a sophomore in high school, Patrick played for the Rancho Cucamonga High School varsity team, getting high scores in the games.

During his college years, Patrick impressed everybody with his playing. It became clear that the aspiring player is going to have a great career. In 2004, he began his studies at the University of Oregon, playing in the "rover" position. For his performances, he was given honorable mention honors and a spot on the Sporting News Freshman All-American Team.

As a junior, the sportsman was put in the top 5 list among the other talented players. The athlete was awarded several prizes. The player, along with offensive lineman Max Unger, set the school record with 51 consecutive starting assignments.

In 2008, the athlete had decided to enter the 2008 NFL Draft. Three days later, Patrick returned to Oregon for his senior year.

In 2009, he participated in the Senior Bowl as part of Cincinnati Bengals' head coach Marvin Lewis' North team. He took part in the NFL Scouting Combine and suffered a knee injury. After that, he had to miss several matches. After returning, he improved his scores and became a second-round pick.

Patrick was chosen by the New England Patriots in the second round of the 2009 NFL Draft. In July, he signed to a four-year contract. Firstly, he had a competition for the new starting safeties position. At the end of it, head coach Bill Belichick named him the backup strong safety, and the player started his regular season.

He made his debut in the New England Patriots' season-opener against the Buffalo Bills. In Week 10, the player earned his first career start during a loss at the Indianapolis Colts.

At the beginning of 2010, Patrick performed in his first career playoff game against the Baltimore Ravens. The team lost in this game, but he managed to play well.

In 2011, Patrick made his first career start in a playoff game against the New York Jets. He then was officially named the starter to begin the regular season. Patrick was inactive for the team's Week 3 loss at the Buffalo Bills after he had surgery to repair his fractured thumb.

The sportsman started the first six games of the 2012 season before sustaining a shoulder injury and missing four games. Upon his return, he was named the backup strong safety behind McCourty.

He started in the Philadelphia Eagles' season-opener at the Washington Redskins victory, but was sidelined for two games due to a shoulder injury. In Week 6, he missed several games due to the injury and lost his starting role to rookie Earl Wolff which he regained in Week 11.

In March, 2014, the Philadelphia Eagles released Patrick after only one season due to his injuries and issues in pass coverage.

In spring 2014, the New England Patriots signed the sportsman to a one-year contract as a free agent. Head coach Bill Belichick named him the starter to begin the season. In winter, the player performed in a game against Green Bay Packers and in a win against the Miami Dolphins.

In 2015, the sportsman showed up in a victory against the Baltimore Ravens. The Patriots reached the Super Bowl after defeating the Indianapolis Colts. In February, he started in Super Bowl XLIX and made a solo tackle in their victory against the Seattle Seahawks. After that, the team signed Patrick to a three-year extension.

In 2016, he made his best during a win against the Kansas City Chiefs and signed a one-year extension with the New England Patriots.

Head coach Bill Belichick retained Patrick as the starting safety to open the 2017 regular season. His grade was the 42nd highest grade among all qualified safeties during the season.

In February, 2018, the player performed in Super Bowl LII but had to exit the game after getting a trauma. In March, Patrick signed a two-year contract extension keeping him under contract through the 2020 season and was named a team captain. However, the player was injured early in the second half of Super Bowl LIII. In February, he had surgery, and in April, he was ready to return and signed a one-year contract extension with the Patriots, keeping him under contract through the 2021 season.

Among the latest news, there is a helmet issue. Patrick took to Twitter and appeared to send a pretty clear message to Antonio Brown, who is now a free agent, and who disagreed with the league forcing a policy. In his tweet Patrick wrote: "Protect your brain playa". Whether or not Brown would take Chung’s advice remains to be seen, but at least the the player with a huge experience can say he tried.

Patrick is not single; he lives with his wife Cecilia Champion, whom he married in 2012. The pair has a son Taj. Perhaps, the two will have more kids in the future. The player said he would be happy to have a daughter or a second son.

The sportsman has a tattoo on his right arm: he decided to put his Chinese name on it.

The player was indicted on a charge of possession of cocaine in 2019, but his alleged misconduct does not fall under the Personal Conduct Policy. Patrick will face no league punishment, likely for a while.

Patrick uses social media to interact with his fans, friends, teammates and rivals. On his Twitter account with a profile photo with his son, he has over 80,000 followers.

An interesting fact is that there is a baseball player with the same name.

The net worth of the player equals $4 million. His main source of income is football.