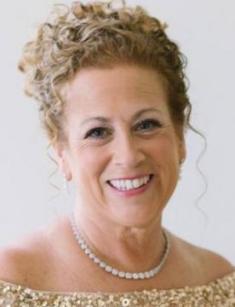 The writer Jodi Picoult began to create first plots at the age of five: the girl wrote a short story about a lobster who was misunderstood. The communication failure and loneliness continue to be significant parts of the prosaist’s works; they have been translated into 34 languages, and more than 15 million copies have been released.

The would-be writer was born in Long Island, New York, in May 1966. The girl grew up with a younger brother. The mother and grandmother, who worked as teachers, had the greatest influence on the child.

When Jodi turned 13, the family moved to New Hampshire; this is where she graduated from Smithtown High School East.

Jodi studied creative writing at Princeton University’s college; the writer Mary Morris was among its professors. The young woman continued her education at Harvard University to earn her Master’s degree; she made phone calls home and asked if there were family stories involving violence or incest.

Although Picoult presented her debuting short stories as a college student, the author of bestsellers changed many jobs before the first novel, Songs of the Humpback Whale (1992), came out. She used to be a teacher of English, copywriter, and technical editor.

The writer’s primary genre is the family drama with detective elements; characters often travel from one book to another. For example, the protagonist of Perfect Match Nina Maurier Frost, who presumably murdered her son’s rapist, is mentioned in Nineteen Minutes. The latter novel is about a young man who shot his classmates; the reasons for the tragedy are being investigated. All in all, Jodi’s bibliography includes dozens of works.

Some of Picoult’s stories have been adapted to the screen. My Sister’s Keeper based on the novel under the same title portrays the girl who sues her parents, who use her as a donor for her sick sister. Only the ill girl receives parental love and care.

The young Oscar nominee Abigail Breslin starred in the project. Just like Picoult, the actress does not hide her ethnicity: both women are Jewish.

Health issues are shown in the novel Second Glace, too: the main character’s nephew, nine-year-old Ethan, has Xeroderma pigmentosum; his body cannot resist sunlight. The story is about the struggle of the Abenaki people whose ancestral cemetery might be destroyed in favor of a new shopping center.

The novel The Storyteller pictures the Holocaust through the eyes of a Nazi officer. The One-Thousand-and-One-Nights motive is entwined to the bestseller: a potential victim survives thanks to her executor’s interest in her stories.

As the woman wrote the introduction to the novel House Rules, she expressed her gratitude to her husband and children; according to Picoult, if she had nothing and no one, except for those four people, she would be the richest woman in the world anyway.

Jodi met her future husband, Timothy Warren Van Leer, in 1989, when they studied at a college. They married the same year and had three children together: Samantha, Kyle, and Jake.

When Kyle was six, he had middle-ear cancer; it has been the only unpleasant event in the writer’s personal life.

Today, the novelist lives in New Hampshire. She wakes up at five a.m. and jogs with her friend, Joan Collison, whom she devoted the book Leaving Time (2014). Further on, the woman returns home and has breakfast cooked by her husband; the next hour is for answering e-mails.

Daytime until 4 p.m. is busy: the writer creates new stories and edits them. Today, the children have grown up; Timothy used to take care of them when the mother was writing. By the way, Picoult’s daughter co-authored the book Between the Lines (2012).

The writer spends evenings with her family and pets: dogs, donkeys, and geese.

Jodi does not like her curly hair, even though it looks wonderful in pictures; she has made many unsuccessful attempts to straighten it.

In 2018, the writer presented her new novel, A Spark of Light. The book deals with the terrorist problem and ethical abortion issues.

Wipe away the stigma, and all you were left with was your neighbor, your teacher, your grocery clerk, your landlady

Thus, readers are encouraged to stop being too categorical in terms of morals and reflect on the subject.