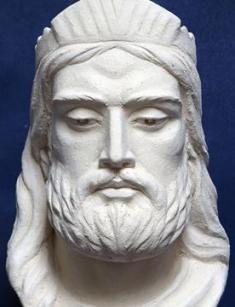 A legend that helps some people cope with stressful situations says that once upon a time there lived a king Solomon. The life of this wise ruler was not quiet, so he turned to the court philosopher for advice. The thinker told his master about the priceless magic ring with a carved inscription, "everything passes."

When great anger or great joy overtakes you, look at this inscription, and it will sober you up. In this, you will find salvation from passions!- The wise man used to say to the King.

A long-time had passed, Solomon quelled his anger with this precious gift. But one day, looking at this short inscription, Solomon did not calm down, but on the contrary, lost his temper. And then the enraged King tore the ring from his finger in the hope of throwing it away into the pond, but noticed that on the inside of the ring was written: "it will pass."

The biography of King Solomon has been a subject of many discussions. Some believe that the son of David lived in reality; others believe that the wise ruler is biblical fiction. Be as it may, Solomon is an integral character of the Christian and Islamic (Suleiman) religions who left a mark on the culture: his image is used in paintings, prose, poetry, movies, and cartoons.

Solomon was born in 1011 BC in Jerusalem. The only source indicating the reality of the existence of the legendary ruler of the United Kingdom of Israel is the Bible. So to this day, biographers and scientists cannot confirm or deny whether Solomon was a historical figure.

According to the description of God's book, Solomon is the son of the second King of Israel, David. According to the New Testament, the Messiah from the lineage of David through the male line was Jesus Christ.

Before his accession to the throne, David was a simple shepherd, while he showed himself to be not only kind and trustworthy but also healthy and courageous: to protect his sheep, he could kill a lion or a bear with his bare hands.

Solomon's mother, Bathsheba, was the daughter of Eliam, and according to the Bible, had a unique appearance: David, strolling through his domain, saw Bathsheba bathing, and her beauty struck the King on the spot. Therefore David ordered to deliver the pleasant girl who at that time was considered as the wife of Uriah the Hittite, a serviceman in David's army, to the Palace. Bathsheba became pregnant, and then the treacherous David ordered Hittite's commander in a letter that the husband of his beloved should not return from the battlefield alive:

Put Uriah where there will be the greatest battle, and leave him, that he may be smitten and die (Samuel 11:15).

After this incident, David acquired enemies, and Nathan, who is listed in the Holy Scripture as a prophet and one of the authors of the Book of Kings, cursed the leader, condemning his future to fratricidal conflicts.

Later, David repented of his treacherous act and begged God's forgiveness on his knees. The prophet said that the Lord forgave the one who wished death to another person, but reminded:

...one has to pay four times for a lamb.

Thus there was much bitterness and sorrow in David's life: his youngest son died, and his daughter Tamar was raped by her half-brother Amnon (who died at the hand of his brother). In due time the King had a son. Calling the offspring Solomon, David and Bathsheba predetermined the future of the son, because the name Shlomo in Hebrew meant "peace" (or "not war"). Solomon was afraid of armed conflict, so during the reign, he never used a large army.

The second symbolic name of Solomon – Jedidiah (translated as "beloved of God") – was given to him in honor of the indulgence of the Almighty to David, who admitted that he had committed one of the seven deadly sins-adultery. Bathsheba was a pious woman who always remained in the shadows. The beloved of the leader of the Israeli people did not go into the details of politics but was engaged in the education of children.

Beginning of the reign

According to the legend, ignoring the fact that Solomon was the last of David's sons, the King wanted to make the younger son his successor. But his eldest son, Adonijah, also fought for power, having the right to do so, because according to ancient traditions, the crown belonged to him. Therefore, the true heir created a special detachment of bodyguards led by Joab and Adonijah. And, taking advantage of the weakness of his parent, he tried to win over Nathan, the brave Benaiah, and the Royal Guard but did not receive support from the subjects of David.

David learned from the mouth of the prophet about the current conspiracy, so he had time to anoint Solomon with peace to reign, to give him the gifts of the Holy spirit needed to rule the country. At the same time, God made a condition to the autocrat that he, in no way, would deviate from the service of the Almighty. Having received the promise, the Creator endowed Solomon with wisdom and patience.

There is a legend about the Judgement of King Solomon, which proves the reasonableness of the ruler. Two women came to the King with a request to determine who was the true mother of the child. And then Solomon gave cruel advice: not to argue, but to cut the child in half so that each got half. One of the parishioners agreed with this decision, and the other fell into panic and despair. Thus, Solomon resolved the debate and found out who was the birth parent, and who was only pretending.

Adonijah's usurping attempts were therefore doomed to failure: the young man fled and took refuge in the Tabernacle. It is worth noting that the new King forgave his brother and ordered a pardon, but the fate of his companions Joab and Adonijah, was sad: the first was executed and the second sent into exile. However, Adonijah could not escape severe punishment, for he tried to marry Abishag, a servant of King David, asking Bathsheba to intercede for him before Solomon. But the wise King thought that his brother wanted to claim the throne again and ordered to execute Adonijah.

Having got rid of the dynastic rival, Solomon became the full ruler of Israel. For political purposes, the wise King married the daughter of Pharaoh Shoshenq I, since Egypt at all times was considered a country with exceptional fertility and untold wealth (remember, for example, the treasures of Queen Cleopatra).

Making a marriage proposal to the Nile beauty, the Jewish ruler also received Tel Gezer, a biblical city in Israel (under Thutmose III, the country was under the Egyptian occupation, so the city belonged to the Egyptians). Also, the King received most of the money through the trade route Via Regia ("Royal Road"), which began from Egypt and stretched to Damascus.

It is also known that Solomon maintained friendly relations with the Phoenician King Hiram I. When the son of David became a full ruler, he began to fulfill the will left by his father and began to build a temple. So Solomon asked Hiram, who possessed untold wealth, for help, and thus the rulers allied with each other.

The Phoenician King sent Solomon cedar, cypress, gold, and builders, and in return, received olive oil and wheat grain. However, the construction of the temple left Solomon in debt, so the leader of the Jewish people gave Hiram part of the southern lands.

Among other things, there is a legend about the Queen of Sheba, who, learning about the wisdom of the ruler of the Kingdom of Israel, decided to test Solomon with riddles. It is said that after the visit of the Queen, Israel became a prosperous and wealthy country:

And she gave the King a hundred and twenty talents of gold, and a great multitude of perfumes and precious stones (3 Sam. 10: 2-10).

It is worth noting that this biblical story later became the background for the creation of myths and legends. Some writers enriched this story with a love affair between Solomon and his unexpected guest from Sabaea. Still, in the Holy Book, there is no information about the "more than friendly" relationship between Solomon and the Queen of Sheba. It is known that Solomon had 700 wives and 300 concubines.

End of reign and death

It is noteworthy that the King was a wise politician, during the reign, he managed to end the famine, as well as bury the hatchet between the Jews and the Egyptians. The Bible says that Solomon's beloved wife had another religion. Therefore, the cunning woman persuaded her lover to build a pagan altar, which became a bone of contention between the Almighty and the ruler.

For this, the enraged God promised the autocrat that misfortunes would fall upon Israel after his reign. But not long before the death of Solomon, the country had to face problems: because of the construction projects, the Royal Treasury emptied. Besides, there began revolts of the Edomites and Arameans (conquered peoples).

The Talmud says that Solomon lived 52 years. The King died while overseeing the construction of the new altar. To make sure that he wasn't just sleeping, the body of the King was not buried for a long time.

The Bible and mythology

According to ancient legends, after the flood, which destroyed the highly developed state of Atlantis, human civilization had to be build anew. With the development of the new society, people found the remains of the past culture, among which there were also technological advances.

The acquired knowledge and artifacts were valued dearly, as they contributed to the progressive development of those states that acquired them. As a result, there was a need to transmit them in such a way that all knowledge remained secret from ordinary people, who were not close to the rulers of the state.

Therefore, among the rulers, a ban was adopted on the written fixation of knowledge, all information was passed from mouth to mouth. King Solomon was the first leader who recorded all the accumulated esoteric knowledge from different traditions in writing. The book The Key Of Solomon is one of the known works of the King. The Book I consists of five sections, one of them, "Goetia," describes 72 demons, which in modern science is considered to be human hormones.

These papers have gained popularity due to the original way of reading information – for ease of perception, some of the information in the manuscript was drawn in diagrams and signs. Among these drawings, great importance have "Circle of Solomon" (it represents a model of planet Earth and before it was used in divination) and "Solomon Star" (it is based on Indian teachings about chakras, and is used in amulets). It is also believed that Solomon was the author of Ecclesiastes, The Song of Songs, The Book of Proverbs.

The image in culture