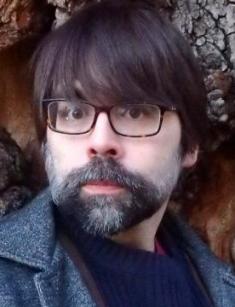 The litterateur Joe Hill kept secret his relation to the famous writer Stephen King. The man took the pseudonym after a poet and labor activist executed in 1915 on a false charge of murder; at the age of 35, when Hill had won two awards, he revealed the truth finally – the author of The Dark Tower and The Green Mile was his father. As King himself told Neil Gaiman, his son was like a firework of ideas.

Joseph Hillström became the second child in the family of the emperor of horrors; he was born in June 1972 in Hermon, North-East America, and spent his childhood in Bangor. Only King’s eldest daughter, Naomi, did not show any interest in writing; the youngest child, Joe’s brother, is the author Owen King.

Little Joseph served as the prototype of five-year-old Danny Torrance, the character in the father’s novel The Shining. In 1982, the boy acted in the prologue and epilogue scenes in George A. Romero’s Creepshow, where King Sr. debuted as a screenwriter. Besides, Joseph played the main character in the part “The Lonesome Death of Jordy Verrill”: the young comics lover Billy abused by his strict father. Interestingly, the writer Joe Hill also loves comics.

At the age of 14, the teenager created the novel Midnight Eats; as an adult, he ironically described it as the hybrid of American Pie and Cannibal! The Musical. At 18, the future author created a book similar to The Lord of the Rings.

Joseph wrote his first short stories as a student of private Vassar College; the university was founded in 1861 for women only, but both sexes started entering it in 1969. Joe’s works were only published in journals and anthologies at first. Things changed in 2005: Hill published 14 short stories, including “The Black Phone”, in a separate book; it is entitled 20th Century Ghost now.

2007 was marked with the novel Heart-Shaped Box referring to one of the songs of the group Nirvana. The main character, the rock musician Judas Coyne, buys a ghost costume on the Internet. It turns out to be a real ghost, who takes revenge for the star’s sins of the past.

In 2008-2013, the son of Stephen King released the comics series Locke & Key; characters find a key in each volume, and the story is developing.

In 2016, fans enjoyed the novel The Fireman set in the writer’s home state. As the story runs, terrorists infect people with a fungus: a person has golden and black spots on their body which burn them or tear them apart eventually. The pregnant nurse Harper tries to survive until her baby is born – sometimes, children of infected women are healthy. She meets a mysterious fireman. Real people, from George Clooney to Barack Obama, are included in the plot.

The writer does not talk about his personal life openly. As a young man, he married the woman named Leonora; the 2010 novel Horns is devoted to her. The book is famous for its screen adaptation with Daniel Radcliffe.

The couple divorced in 2010. In May 2018, the author married again; sometimes, he shares family pictures on Instagram, but most publications are book covers and work-related moments.

Joe Hill has three kids. The elder son, Ethan, was born in 1999, not long before a van hit Stephen King. The daughter Zelda was born in 2010; her famous grandfather devoted her the book 11/22/63.

In May 2019, Joseph attended Ethan’s graduation ceremony. Judging by that picture, the young man is short-sighted, just like his father and grandfather; whether Ethan is going to follow in his relatives’ footsteps will be seen soon.

June 2019 brought the premiere of the drama series NOS4A2 based on Hill’s novel. One can see the kidnapping theme, which began in “The Black Phone”.

The same month, it was announced that the writer was appointed a curator of the Hill House comics; the first issues appeared on Halloween.