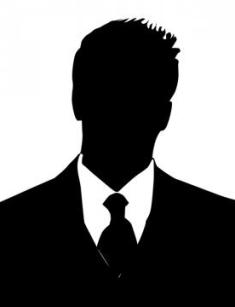 Everybody knows the name “Satoshi Nakamoto”, the mysterious creator of bitcoin. His ethnicity or age remain unknown; many biographers have been gathering the information about him for the last eight years, but none of them has revealed proven facts about Nakamoto’s life.

The history of bitcoin begins in the 20th century, when cryptographic research was conducted. Nakamoto’s creation became a natural consequence of such studies. One day, the author put the name “Satoshi Nakamoto” to his work, The Bitcoin Whitepaper.

The person who created it in 2009 marked the age: 37 years old, which meant the year of birth was 1972. There is another theory based on the P2P fund data: April 5, 1975, Japan. However, there is no information about the home city, family, or education. It is even doubtful the man belongs to Japan – his English skills are way too good. At least, they were – the father of bitcoin disappeared in 2011, as suddenly as he had appeared.

Dominic Frisby claimed it was Nick Szabo behind the name. Judging by the author’s suggestions, Nakamoto was born in the USA. Anyway, it does not give more information about Satoshi’s early years – only academic papers contain some facts.

In the late 1990s, Szabo-Nakamoto was working on a digital currency algorithm, but the idea was not put into practice. The scientist’s works served as the fundament for bitcoin, though. When the protocol description appeared on the Internet, Nick Szabo became the first person to be suspected; Frisby provided some facts giving the ground to do that.

Szabo is a mysterious person; he leads a reclusive life. If the scientist publicly denied the affiliation with the Japanese genius, the story would probably be forgotten. However, Frisby received only one e-mail from Szabo:

Thanks for letting me know. I’m afraid you got it wrong doxing me as Satoshi, but I’m used to it.

It was not treated as a dixit; many people still believe that unsociable Szabo is actual Nakamoto.

While Szabo rejected the title of the founder of bitcoin, the Australian businessman Craig Wright gladly accepted it; digital signatures for first bitcoin operations served as the evidence. The media often mentioned Wright in 2014: he suggested to create the first bitcoin bank and published several hundred academic articles, none of which touched upon bitcoin only, though.

Those who talked to Nakamoto online believed the Australian entrepreneur stood behind this name. However, journalists were skeptical. The Economist doubted that Craig’s evidence was trustworthy – he showed only what he wanted and failed to answer several questions proving his expertise. Later, it was revealed that Wright’s facts had been falsified: any person who knew something about bitcoin could give such descriptions.

Although Wright understands the blockchain model and possesses the necessary equipment to launch bitcoin, the Australian scientist was far from the Japanese genius. When Wright named himself Nakamoto, the police searched his house – he had been accused of tax default. Pretending to be Satoshi could help solve the problem and gain new investment. Thus, Wright was a fraud.

There are many candidates to be named the creator of bitcoin; English-speaking scientists are particularly suspicious. First and foremost, a person, who has spent most of their life in Japan, cannot speak fluent English; second, all Nakamoto’s software is in English. There were some theories that Chinese or Russian hackers were working like that.

If it really were a group of engineers, the probability of seeing the photo of mysterious Nakamoto is close to zero. He owns every 12th bitcoin, and the whole world continues to watch the Japanese innovator’s mining activities: it is exciting to know about his plans.

Perhaps, bitcoin is the most useful invention after the Internet. Satoshi gladly participated in online forum discussions and provided some information. He started working on his project in 2008 to create the money free from any control: individual, group, or organizational.

Satoshi personally launched the currency, and reviews on the unknown scientist’s activities appeared soon. Bitcoin would not have worked if Nakamoto had not introduced the double expenditure problem. A user will never give the same digital token to two other users: the first transaction will be operative while the second one will be marked as ignored.

Nakamoto avoided personal topics, but his dialog partners said he had the industry-specific education. The enigmatic Japanese wrote an elaborate article that changes the market situation even today; programmers and economists who did some correspondence with him saw him as a genius, for he created bitcoin and launched it.

In 2009, Nakamoto stared mining; he owns more than a million of them now, and some experts are worried. Satoshi’s personality is surrounded by rumors and speculations; there are even bitcoin-related interpretations of Nostradamus’s texts.

The mysterious person has not published new articles on the Internet. Nakamoto explained his withdrawal by new projects and disappeared in spring 2011. However, people have not forgotten him yet.

At some point, the value of Satoshi’s currency reached $20 000. Despite the following crash, Nakamoto continues to be an attractive figure for many. He could have been included in the list of 50 richest people, but Forbes refused to include the semi-mythical character. His net worth was estimated at $19 billion in 2017; it is $12.1 billion now, in 2019.

Some researchers believe that a group of experts stands behind the name meaning “wise” in Japanese.