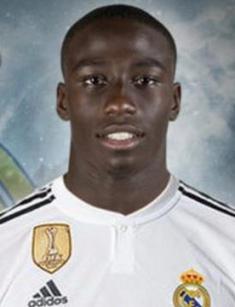 A young and promising footballer, Ferland Mendy, has proved himself to be a worthy player. It is evidenced by his transfer to Real Madrid in 2019, although a few years ago he played in the little-known French club, Le Havre. He was offered to replace defender Marcelo Vieira, and the management has not made a mistake because the guy shows excellent results.

Mendy was born in the summer of 1995 in Meulan-en-Yvelines, France. His parents are from West Africa (the mother is from Guinea, and the father came from Senegal), so it’s difficult to identify Ferland’s ethnicity, as well as the religion since the athlete prefers not to tell this information.

Mendy was interested in football from childhood, which his cousin Marc confirms because he often saw the boy near the beach with a ball. The mother also saw her son’s zeal and, at the age of 7, enrolled him in the local club, Ecquevilly EFC. Later, the boy moved to the Paris Saint-Germain Academy.

In children's teams, Ferland was assigned to the same position as Presnel Kimpembe, and often he played better than the competitor. His colleagues called the companion skinny, but fast and highly skilled. He looked worthy among future stars, but he did not have such status during those years.

At the age of 14, Mendy had severe health problems. When he got an injury on the field, the guy had a pain that made him go to the hospital, where he was diagnosed with swelling of his hip joint. This disease is considered serious and requires immediate treatment. Ferland underwent a long-term treatment in a French clinic, where he caught an infection that left him in a wheelchair for a while.

After three months, doctors did not think that he would play football again, but Mendy believed that he would soon return to the field. He moved toward the goal gradually; despite constant pain, he learned to walk again. He had a break for a year, but after recovery, the footballer entered the field, contrary to the predictions of doctors.

The Paris Saint-Germain authorities did not believe in Ferland’s abilities; so, he was not offered to sign a professional contract. Then Mendy transferred to FC Mantois 78. The guy gained a good experience in the Division 3 team. He played for a semi-professional club only for a year, in 2013 moved to Le Havre. English clubs were also interested in the player, but he was not ready to leave his native country. According to him, Le Havre gave a chance to young people and was the place where the football player could fulfill his potential.

He moved to the French football club Olympique Lyonnais in 2017 with a transfer fee of € 5 million. They signed a five-year contract. Coach Bruno Génésio saw the progress of the player, and his constant instructions did their job. Mendy’s playing became better, which was noticed not only within the team. For two seasons in Lyon, he got past opponents 102 times, which was the best result among Ligue 1 defenders and the second result in Europe. For two seasons, the footballer participated in 57 matches and scored two goals.

Ferland was called up into the French national team after the injury-enforced withdrawal of Benjamin Mendy. The guy was not invited to the youth teams partly because the athlete reached the top level too late. So in November 2018, he made his debut in the 1-0 win against Uruguay and played for all 90 minutes.

Mendy prefers not to reveal the details of his personal life. Therefore, it is unknown whether he has a wife, children, or at least a girlfriend. Probably, now the athlete does not have time to build relationships since he is constantly on the field, training, or playing in games.

It is also evidenced by the profile of the young man on Instagram. Most of the photos depict him on the field, except for a few pics with his friends and cousin. Mendy shows excellent promise, taking into account his performances during matches. His colleagues mention Ferland's stamina and breath-taking speed. He is 5.9 ft. (180 cm) tall, weighing 160.93 lbs. (73 kg), and plays as a left back on the field.

Mendy continues to train hard, improving his skills every day. For a few years, he made impressive progress, which was noticed by representatives of different clubs, especially after his performances at the championship. And in the summer of 2019, it became known that Ferland would replace Marcelo Vieira in the Spanish FC Real Madrid. This transfer cost the Spaniards € 48 million.

Zinedine Zidane participated in negotiations with Mendy and convinced the footballer that he would have a good game practice and a wage increase in comparison with the income he got at Lyon. Ferland’s transfer was delayed due to an additional medical examination, which the guy had to undergo due to arthritis. The contract was nevertheless signed; it is valid until the summer of 2025.