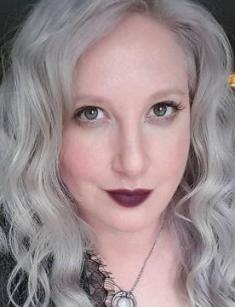 The writer Leigh Bardugo entered the world of literature in the early 2010s. She presented fantasy novels for children and adults; millions of copies have been sold. They brought the woman many prizes: Grand Prix de l’Imaginaire, Premios Kelvin 505, Deutscher Phantastik Preis, and BooktubeSFF Awards.

The future writer was born on April 6, 1975, in Jerusalem and spent her childhood in the USA, where the family moved from Israeli. Grandparents used to take care of the child and accompanied her to school. After graduation, Leigh entered Yale University to study English.

In 1997, Bardugo received her Bachelor’s degree and started working as a copywriter and journalist. A couple of years later, she decided to transform her life dramatically and took up makeup courses. Speaking about new books, Leigh does not mention her first career steps, so fans believe their favorite has always created stories.

Many literature lovers admire Bardugo’s imagination. She debuted with the novel Shadow and Bone pertaining to the Grishaverse; the main character, Alina Starkov, appear there for the first time. One day, the girl finds herself in a land full of monsters and discovers magic in herself; it gives her the opportunity to protect her friends.

As long as Leigh finished the story, she sent it to several national publishing houses, and Macmillan Publishers Ltd offered her to collaborate soon. The novel came out in 2012 and received many prestigious awards and nominations, including the South Carolina Book Award and the main prize of the Romantic Times Book Award.

Shadow and Bone earned much popularity soon and reached the eighth position in the list of The New York Times bestsellers. Fans were looking forward to the sequel, and Bardugo was ordered a full-fledged trilogy in 2013. Several months later, everybody welcomed Siege and Storm; Ruin and Rising was presented the next year.

As the story runs, Alina and her friend Malyen lose the justice war but then rescue a magic cathedral. Millions of copies were sold; the author was showered with readers’ excitement and improved her finances.

It was impossible to stop reading such interesting fantastic stories with complex plots. In 2012-2017, the author presented the collection The Language of Thorns; the additional Grishaversal stories “The Witch of Duva”, “The Soldier Prince”, and “When Water Sang Fire” were published there.

At the same time, Bardugo created a new world, inspired by George Clooney’s movie The Monuments Men. Six of Crows came out in 2015. Once again, teenage characters get to a magic world; in this case, they have no magic powers. Critics appreciated the story; The Guardian praised it on its pages. However, some evil tongues were nagging: the young characters showed as much wisdom as older people.

Nevertheless, the majority of readers loved the book; Young Adult Library Services Association included it in top novels. It took Bardugo less than a year to create the sequel, Crooked Kingdom.

The woman not only works on her own plots but also adapted DC comics. She is famous for the novel Wonder Woman: Warbringer (2017) published by Penguin Random House. It can boast the CCBC Choices 2018 Choice: Fiction for Young Adults and many nominations for other prizes.

In one of her interviews, Bardugo revealed she was also fond of music and performed vocal parties in the group Captain Automatic; its album was released in 2007. As for other details of her personal life, the woman prefers to keep them secret. Social networks are not much helpful to understand whether she is married: they serve as a professional microphone.

Following the novel about Wonder Woman, the writer started a new series; King of Scars appeared in 2019. Today, followers can see on the author’s Instagram announcements about upcoming novels.