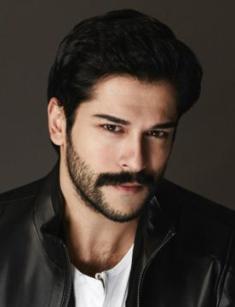 Burak Özçivit is a Turkish actor and model who has become popular with movie lovers around the world after the release of the latest film adaptation of the famous novel “Çalıkuşu." Another starring role of the actor is considered the drama series Muhteşem Yüzyıl (English: The Magnificent Century).

Burak was born in the coastal town of Mersin, but soon after the birth of the child, the family moved to Istanbul. The actor’s father ran a business and rarely appeared at home due to frequent business trips. The mother kept the house and raised her son and his sister, who was five years older.

In early childhood, Özçivit liked to sit in front of the TV and watch cartoons. The future actor could devote long hours to this activity. The boy was fond of superheroes and seriously claimed that when he grew up, he would become Batman. Having become older, Burak began to spend a lot of time with friends, playing football and working out in the gym.

After high school, the young man entered Marmara University in Istanbul, where he studied acting, fine art, and photography. At the same time, he began to earn extra money, walking on the runway, and until 2006 was considered one of the most in-demand male models in Turkey. He participated in the Best Model of Turkey competition several times, and he won the title in 2003. After a few years, Burak Özçivit was a runner up in the Best Model of the World contest.

It is worth saying that the young man started a career in the modeling business thanks to the desire of his father, who saw the fashion show on TV and said that he would be very proud if his son could become successful in this industry. After progress at beauty contests, Özçivit attracted the attention of Turkish filmmakers and began acting in movies, which he dreamed of from high school.

Burak Özçivit played the first small role in the teen thriller Eksi 18. A year later, he was offered to portray a title character in the ironic melodrama Zoraki Koca. He also starred in the horror movie Musallat, the comedy Baba Ocağı, the psychological drama İhanet, and the teen TV series Küçük Sırlar.

The actor became successful after the release of the historical and biographical series Muhteşem Yüzyıl, in which he played the legendary Ottoman commander, Malkoçoğlu Balı Bey. Moreover, the next work made Burak Özçivit famous throughout the world. It was a new adaptation of the classic novel “Çalıkuşu," in which the actor played Kamran, the title character's lover.

The actor did not have to wait long for the next shooting because fans around the world demanded more and more movies, featuring Burak Özçivit. He appeared in the melodrama Aşk Sana Benzer and the comedy sitcom Güvercin Uçuverdi.

In 2015, the actor landed a leading role in the next Turkish series, the romantic story Kara Sevda, which was shown in Russia. Neslihan Atagül played the leading female character, the lover of Burak’s hero, in this movie.

Although the actors portrayed romantic feelings on the screen, in real life, Burak and Neslihan had strained relations, which over time, turned into outright conflict. Initially, the actors and their families maintained friendly ties, but gradually the relationship deteriorated.

There are rumors that the stage kiss of the actors caused the conflict, which made Neslihan Atagül’s boyfriend jealous. Burak Özçivit apologized, but it did not save the situation. During the filming, the actors do not talk to each other and try to film separately whenever possible.

For a long time, the actor was romantically involved with model Ceylan Çapa, the daughter of a famous Turkish journalist. But at the end of 2014, the couple broke up after a long-term relationship. The reason was the persistent jealousy of Özçivit's girlfriend, as well as his tight work schedule. Rumors have it that Ceylan drove the actor insane, always accusing him of cheating. She could even come to the set out of the blue to clarify her suspicions.

On the set of the famous series Çalıkuşu, Burak met the young actress, Fahriye Evcen. At that time, the actor was dating Ceylan, and the woman immediately doubled her vigilance, disliking the main actress.

Then this acquaintance did not lead to anything, but in 2015, while working on the melodrama Aşk Sana Benzer, there was a romantic spark between the young people. Ceylan Çapa left Özçivit after Burak invited Fahriye to play the leading role in this movie (Burak also worked as the producer of the project). The actor only had to make up mind to it and plunge into a new relationship.

According to rumors, Fahriye Evcen is capricious. But the actress was surprisingly tolerant to her beloved man. The woman said in an interview that she would not break Özçivit’s habits, even though she didn’t like them. She believed that there was no reason to change the man whom she had chosen.

Soon, Burak began to live with the actress, having let his apartment. The woman insisted on it since she did not want to carry her outfits from one apartment to another.

After living together for several months, Burak and Fahriye decided to marry. Özçivit introduced the bride to his family. Rumors have it that they celebrated a Muslim wedding already in February 2016.

The official wedding and celebration took place on June 29, 2017. Fans of the couple called this wedding the important event of the century.

The couple organized the wedding on the shores of the Bosphorus, in the covered historic villa Sait Halim Pasa. Although the party was private and held in a remote place, the wedding guests quickly shared photos and videos of the event on their Instagram accounts. This content promptly spread over the Internet, which allowed fans of Evcen and Özçivit also to admire the wedding and congratulate the newlyweds on this occasion.

The celebration was impressive and lavish. During the event, the bride changed three chic outfits. The bride and groom followed the tradition of the first dance. The newlyweds chose a slow and gentle, but modern music from the famous melodrama Fifty Shades of Grey.

Nevertheless, the wedding could have been even more luxurious and much cheaper for the newlyweds. Burak Özçivit is very popular in the United Arab Emirates, so immediately after the engagement, the actor received an offer to celebrate a wedding in Dubai. The Arab businessman who invited the actor promised to arrange an event which cost $ 2 million. The actor was also offered a free honeymoon in Dubai. But Burak turned down both offers and went with his young wife to the Maldives after the wedding.

Since childhood, the actor has loved football. He plays it and attends matches of his favorite team. Besides, Burak has a significant collection of retro cars. There are a lot of antique cars in the actor’s garage. Özçivit also owns a restaurant called Balibey Döner, which is located in Istanbul.

In January 2016, Özçivit’s filmography included a new role in the light family movie Kardeşim Benim, in which the actor played the role of Hakan.

In 2017, Burak Özçivit returned to the role of Hakan in the movie Kardeşim Benim 2.

Burak Özçivit has a net worth of $5 million.