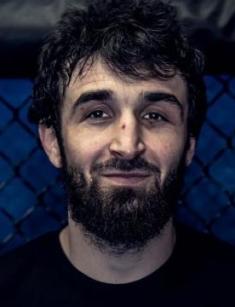 Zabit Magomedsharipov is a fighter of mixed martial arts at the international level. The sportsman is a native of Dagestan and represents Russia in foreign competitions. He cooperates with the UFC association and has repeatedly played in fights, appointed under contract with the organization. Zabit Magomedsharipov is a lightweight, featherweight among the top 5 best representatives of this category.

Zabit Magomedsharipov was born on March 1, 1991. The sportsman is of Akhvakh ethnicity. His biography since childhood was connected with martial arts, training, and active sports. At first, the boy was fond of kickboxing and free martial arts, playing football in parallel.

By the time he was 10, he was equally good at martial arts and playing on the field. But by the time he was 12, he had become a pupil of the Pyat Storon Sveta (Five directions of the world) martial arts school. Football went into the background. Experts tacitly dubbed this institution "Dagestani Sanshou School." To attend classes, the guy had to commute regularly, spending much time, as he lived far away from the school. This worried his parents, but the interest in his favorite business was a priority for Zabit.

The teenager made his debut in the direction of Wushu Sanda. The trainers immediately noted his potential and started sending the beginner to the competition. He won the Russian Championship, European Championship, became the owner of the World Cup.

At 21, Zabit decided to try his hand at martial arts. By that time, the sportsman had an impressive experience. His MMA debut in 2012 brought him a triumph over Kazakh fighter Zhumageldy Zhetpisbayev.

In 2015, he won the Grand Prix in the semi-lightweight category after standing up against Abdul-Rakhman Temirov in ASV 24. The competition helped the fighter to achieve a personal record: 4 times in a row, Zabit won before the end of the fight. Analysts assured that the wrestler has all chances to win the title of ASV champion. It happened six months later. The decisive meeting was the fight against Sheikh-Magomed Arapkhanov.

Magomedsharipov moved to New York and started training with Mark Henry. A year later, he received an invitation to cooperate with UFC. The first fight took place in September 2017 in Rotterdam against Mike Santiago. In the 2nd round, the Daghestanian used a rear-naked choke, and the opponent gave up.

He was planning a fight with Artyom Lobov, but the managers invited him to face Sheymon Moraes, the ward of the Nogueira brothers. Experts, commenting on the alleged fight, called it a "battle of the titans." The fight took place in November 2017 in China, and Zabit again became the winner before the time. Then came the fight against Kyle Bochniak in April 2018 in New York. The Russian again became a triumphant player.

In 2018, he won the fight against Brandon Davis. After this fight, his personal score was 17:1 in terms of victories and defeats. The next competition was against Jeremy Stephens. It also ended with Zabit's success.

Zabit Magomedsharipov is married. His wife's name is Amina Abdullaeva. He does not disclose details of his personal life, as it is not common in the world of Islam. Therefore, it is not easy to find out more about a fighter's spouse. So far, the couple has no children.

The fighter has an account on the Instagram network, where he posts photos from training sessions, sporting events, and images of his comrades. Zabit is close friends with Khabib Nurmagomedov.

Magomedsharipov is now one of the successful UFC fighters. Zabit Magomedsharipov's fans are pleased to note that their idol made his debut at the top of the featherweight category. On July 27, 2019, the UFC 240 tournament took place, where the famous Dagestanian fighter faced Brian Ortega. The competitors met to compete for the title.

In autumn, Moscow hosts the UFC tournament, the star of which may be Zabit. The association has made an offer to the fighter. At this point in his career, the lightweight has come up with a new achievement. In the summer, he won the Submission of the Year 2018 award from the World MMA Awards. Dolph Lundgren was the host of the Las Vegas show, which honored successful fighters. Zabit's friend Khabib Nurmagomedov was also nominated in the categories "Fighter of the Year" and "International Fighter of the Year."

According to different online resources, Zabit Magomedsharipov has a net worth of approximately $1 million - $5 million at the age of 28 years old.