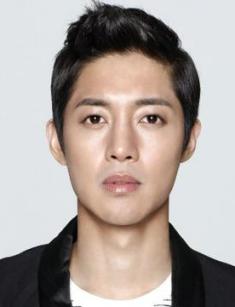 Kim Hyun-joong is a South Korean singer, actor, and model. He is a former frontman of the popular boy band SS501. He became a famous actor in 2009, after filming in the movie Boys Over Flowers.

Kim was born in the capital of South Korea in a family of restaurateurs. Even in kindergarten, the boy showed high intellectual abilities because he learned new words and their pronunciation much faster than his peers. At junior school, Hyun-joong repeatedly won Maths Olympiads and creative contests. The guy was also fond of sports and learned to play musical instruments on his own.

As a teenager, he dropped out of school to become a professional singer. It should be mentioned that Kim graduated from high school later when he was already a pop star. He also studied at Chungwoon University, majoring in stage production management, and attended the acting department of Kyonggi University.

Kim worked as a waiter in the restaurant of his parents, and at the same time, participated in various auditions. The director of a production agency noticed him during one of the performances and selected Kim as a member of a new boy band.

Violating the original contract, the producer said that the guys would build a career not in their native country, but China, since Korean artists became popular there again. Kim Hyun-joong refused, left the group, and did not make his debut in it. It turned out later that the young man made the right choice. Soon he went to another audition and joined the band SS501, becoming its leader.

The group debuted with the song "Warning" in 2005, and at the end of that year, became Korea's best new band. Subsequently, the dance teen group was called even the best Asian project. During their six-year career, the guys released 48 albums, although not every disc consisted of new songs. But the singles such as "Deja Vu," "Song For You," "You Are My Heaven" and "My Girl" became smash hits not only in Asia but throughout the world.

Kim Hyun-joong was always the band’s leader, frontman, and face, playing an essential part in its creative work. Fans even nicknamed him Walking Statue. Kim took part in almost all the concerts and sound recordings of the group, as well as in independent projects. For example, he performed in the Japanese musical Cafe-In.

When Kim understood that he could pursue a solo career, the leader of SS501 left the group in 2011 and began independent work. The other members also followed in Hyun-joong’s footsteps. However, the guys claim in interviews that in the future, they are ready to band together and continue cooperation.

The singer released his first solo album Break Down at the beginning of June of the same year, and about 70,000 pre-ordered copies of the album were sold in a few days. This disc became the best-selling album of the summer and topped not only local but also Japanese charts.

The new album Lucky was even more successful; it debuted at number five on the most prestigious Billboard's World Chart. Thanks to it, Kim Hyun-joong won the award for Best Male Artist at the Asian Music Awards. Later, the singer released three more studio albums and took part in the recording of several popular soundtracks.

By the way, Kim made several more breakthroughs in the world of Asian music. Firstly, he became the first Korean to appear on the popular Taiwanese TV show The Person, and secondly, he was the first Korean singer to go on a large-scale tour around a huge number of Japanese cities.

In 2009, well-known Kim Hyun-joong was offered to try his hand at acting. In Korea, they began filming a remake of the Japanese melodrama Boys Over Flowers. The television series was a great success not only in South Korea but also abroad. The film was shown even in Europe and the USA. The first role was also significant for Hyun-joong because he won the Most Popular Actor Award at the Seoul International Drama Awards.

Kim continued his acting career, playing in the romantic comedy Playful Kiss, but this project could not repeat the success of the previous one. The last episodes of the television series were not even shown on TV but were posted on the Internet.

Later, the actor starred in the action movie City Conquest and the melodrama Dream High and Inspiring Generation. Kim Hyun-joong attracted more and more attention regardless of the popularity of movies. In 2011, he received the Icon of Style Award for the third consecutive year, because, besides musical talent, the young man has a dress sense and combines his clothing perfectly, not only in movies or on the stage, but also in everyday life.

Kim Hyun-joong is not married, but magazines often write about his love affairs. The singer has repeatedly stated that he is not ready to build a family with any of his girlfriends.

The star was involved in a big scandal in 2014. His ex-girlfriend, Miss Choi, said that she was pregnant from him. The musician agreed to take on the upbringing of the baby if DNA analysis confirmed that Kim was the natural father. But to date, there is no evidence that Hyun-joong is related to Miss Choi’s son.

On May 12, 2015, Kim Hyun-joong joined the army to fulfill his mandatory military service in Korea. He was discharged from the military in February 2017.