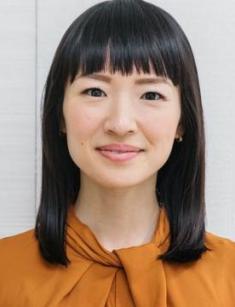 Marie Kondo is a writer and consultant who works on personal and household organization issues. Her books are incredibly popular and become bestsellers in her home country and abroad: more than three million copies have been distributed. Fans admire the author’s talent to make order and methods of how to introduce it to one’s life.

The girl liked to clean up since early childhood; she read articles on a household in her spare time and preferred calm activities rather than noisy games. When classmates entertained themselves during a school break, Kondo devoured books in a classroom.

The young woman’s leadership talents did not manifest themselves until her graduation. When pupils were given various duties, she did not want to be a head girl – she chose to be a bookshelf manager. At the age of 13, Marie began to work at a Shinto shrine and sold talismans in a kiosk.

Marie Kondo is famous for her own system of spatial organization. She created comprehensible, systematic methods to put things and keep everything neat and tidy without much effort and time waste. This approach has been named the KonMari method. The coach described it first in the debuting book The Life-Changing Magic of Tidying Up: The Japanese Art of Decluttering and Organizing.

Marie’s life became so closely connected with her favorite activity that she continued to share her knowledge with those who needed it and wrote more books. Thus, enthusiasts could draw pretty much information on the cleanup secrets.

According to Marie, tidying up makes a person morally balanced; it is a part of spiritual practices. Every item in a house has its own soul and energy, receiving its place. When a person takes care of things in their life, they convey a positive energy, which returns to the sender. Unnecessary things are encouraged to be replaced by favorite ones.

Marie suggests a set of rules which will help unburden a life space quickly and make it attractive and comfortable. First and foremost, it is important to divide things into categories, depending on whether they make an owner happy or not. If something brings no joy, it is unnecessary. Before getting rid of an object, one should thank it for its service.

Kondo recommends to give up storage systems that take too much space. Clothes may be rolled and put into boxes vertically so that it is easy to look at what you have and pick up something. Items should be arranged from dark and warm to light; similar garments should be placed nearby. A single gadget can replace excessive notebooks and papers.

Marie Kondo is married; her husband’s name is Takumi Kawahara. The couple married in 2012 and welcomed the first daughter in 2015; the second girl was born two years later.

Marie is an exemplary wife and mother, as well as a TV star and businesswoman. All in all, her personal life is harmonious; fans can have a look at her daily routine on her Instagram page.

Today, the writer’s bibliography includes several books popular among readers. The coach administrates her own consulting agency she had created independently at the age of 19.

In 2019, many clients have received Kondo’s assistance in a spatial organization; their homes are notable for inspiration, coziness, and peace now. Marie’s schedule is always planned months ahead, and she also gets many invitations for new practices. In addition, the woman owns a media company; she manages it just as effectively as her students’ messes.