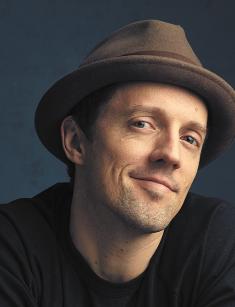 The singer has a unique style and worldwide recognition. He released several albums, each of them brought him more success and prestigious awards. The musician keeps a health-conscious lifestyle and makes much efforts to change society as a social activist and supporter of human rights.

Despite his parents divorced, Jason had a good childhood. At high school, he was a cheerleader. Since childhood, the singer had a passion for art, especially drama and music. After school, the musician entered Arts Academy, but he didn’t finish his education and moved to San Diego. Here Jason decided to pursue a music career. In the very beginning, he made performances in a coffee house.

Being interested in music and having an undeniable talent, Jason decided to be a musician. But first success came to him after many years of hard work. In the very beginning, he made performances in a coffee house, Jason had performed here for three years. This work helped Jason to gain first recognition and loyal fans.

At last, he managed to release his first album, and his debut work brought him tremendous success. The collection was included the top 200 songs and taking 55th position. A million copies of the album were sold; as a result, it went Platinum. He went on a tour and released a live album in 2004.

His music has spiritual roots, motivates and supports many people. The singer believes that “music is a very potent medicine that can bring us back to our nature and provide some healing and comfort.” His most famous songs are “I am yours,” “Lucky,” “Chocolate,” and others. Jason has released six albums, all of them have a significant commercial and critical success. He continues making concerts all over the world. As a result, the singer has gathered a good fortune; his net worth is estimated more than $15 million.

His next work became even more successful. It peaked to number five on Top 200. In 2017 he released a new album, performed in the musical and started working at his next album.

In 2010 the singer was engaged, but the couple had split six months later. There is an avocado farm in Oceanside belonging to the singer. He enjoys practicing yoga, surfing, and making photography. The singer is currently married.

In 2018 the singer published the poem devoted to the LGBT community. Many people counted this poem as his coming out. Later Jason stated that he had sex experience with men, even when he was dating with his future wife. Now he identifies himself as bisexual.

In 2011 he established the charity organization, its mission is to support charities In questions of education, care for the environment and human rights. He took part in various expedition and trips as a member of social organizations.

Recent years he remains to be very vocal in raising environmental awareness and promoting a less wasteful lifestyle. He supports inclusive arts education; the singer thoughts that art helps people to build muscles in mind. He believes that each person should be creator no matter what job he has. He never stays silent and states his political views.

• 2009 – the singer was nominated by American Music Award