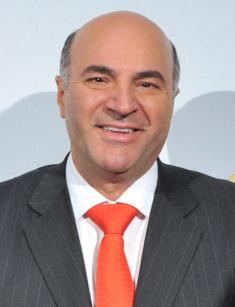 The Canadian businessman succeeded in investments and has a wide experience with which he is ready to share with young entrepreneurs. His figure proved to be interesting and inspirational for general public, this fact made him a bright TV personality well-known in the USA and Canada. The entrepreneur achieved the highest goals and has everything what he needs, that became the reason to realize himself as a politician. In spite of his blunt TV image Terence proved to be a decent family man supporting his children and wife.

He is the second child of his family, Terence’s father was a small business owner and investor.The father suffered from alcoholism, that was the reason why his parents divorced. His mother ran the business and later married twice. Terence’s step-father worked in the International organization as an economist. The family had to move from one place to another due to specify of step-father’s job. His mother proved to be skilled in the questions of investments. Terence haired a lot of knowledge from his mother, for example habit to save one-third of his earnings.

As a teenager he had a dream to become a photographer but he followed the advice of his step-father and decided to study at the university. His main subjects were environmental studies, psychology, entrepreneurship. He got bachelor’s degree and studied on the MBA.

As a student of MBA program he became an intern in Toronto and got significant experience in marketing sphere. Than he tried himself in TV industry as a producer with his three colleagues. He became one of the founder of the company specializing on distributing educational softkey in 1983. Several years later the company became one of the most fats-growing ones in Canada.

His popularity as a TV personality started grew from the realty show where Terence play the role the venture capitalist. The executive producers asked Terence to be blunter businessman. Thanks to his bright figure the show gained a large success. In TV industry he got nickname “Mr. Wonderful”. He is well-known for his blunt manner, which he believes help to young unexperienced investors. The businessman worked as a TV host on Discovery Channel in 2008.

In 2017 Terence stated about his plans to participate election race in leadership of Conservative party in Canada.

The businessman was married once in 1990. He and his wife decided to separate eleven years later, but in 2013 they resumed the marriage. The couple has got two children. His son became a DJ, Terence said that his business ate all his time and he hadn’t enough freedom to do something else for exception entrepreneurship. That’s the reason why he encourages his children and gives him absolute freedom in their professional orientation. His family resides in Toronto, though the businessman has got several homes in the USA and Europe.

He is a die-hard of the New England Patriots and watches all their games no matter he is and what he does that moment. He is a vine enthusiast and is fond of photographing. In 2019 he was on a crash on the lake of Ontario. Terence was involved in collision with the other boat, as a result of this crash two people died.