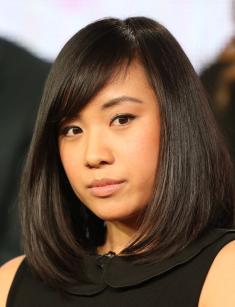 Ellen Wong is an actress from Canada who is mostly known for her appearances in such movies as Scott Pilgrim vs. the World (2010) and The Circle (2017). Currently, she stars in the series GLOW as Jenny Chey. In 2018, Ellen was included on the list of 50 most beautiful Canadians by Hello! Magazine.

Ellen Wong was born in Canada in 1985. Her parents are from Cambodia, and during the Cambodian genocide, they moved to Canada. They worked on an assembly line, and the family’s financial situation was rather difficult. Ellen also has two younger sisters. Since childhood, Wong has dreamed about acting career, but her parents never supported their daughter's dream because they did not consider their class level as suitable. Eventually, Ellen did everything as she wanted, and her family is proud of her now.

When Ellen attended the high school, L'Amoreaux Collegiate Institute, she started acting in community theatre. After that, Wong graduated from Ryerson University, where she studied radio and television arts.

In 2005, Wong got the role in the television series This Is Wonderland, and next year, in Runaway. The actress is an owner of a black belt in taekwondo, and that helped her to get a role of Knives Chau in Scott Pilgrim vs. the World (2010) which became her debut film. Ellen starred together with Michael Cera, Mary Elizabeth Winstead, and Jason Schwartzman. Also in 2010, Wong appeared in the television series Unnatural History.

In 2011, Ellen appeared in 12 episodes of Combat Hospital as Nurse Suzy Chao. Next year, the artist joined the cast of The Carrie Diaries, the Sex, and the City prequel series. She portrayed Jill Chen, who was Carrie's best friend. Also in 2012, Wong starred in a slasher movie Silent Night, a remake of the horror film Silent Night, Deadly Night (1984). In 2015, the actress appeared in the episode called “Hong Kong Hustle” of the series Castle.

In 2016, Wong started working on two series, Dark Matter and GLOW. In GLOW, Ellen plays Jenny; her character is a Cambodian immigrant with an obsession of pop culture. With this part, Wong brought her Cambodian heritage to the screen.

In 2017, she starred in the thriller movie The Circle together with famous actors Emma Watson and Tom Hanks. Also that year, Ellen appeared in the music video for Katy Perry’s Swish Swish as Jenny, her personage from GLOW. In August 2018, Wong received a recurring role of Sarah Tan in the television series Condor.

Speaking about Ellen’s dating history, there is no information about her previous or current relationships. It is unknown whether the actress has a boyfriend or husband. On her Instagram page, we can see only photos of Wong's friends or pictures from her work.

By the way, Ellen’s name comes from the Greek, and it has the meaning "torch," "bright."

Wong has been nominated for five awards, including Scream Award as Best Supporting Actress for her role in Scott Pilgrim vs. the World and ACTRA Award for Outstanding Performance by a Female in the short film Silent Cargo.