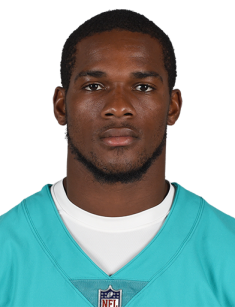 He is a skilled footballer, who has impressive athletic abilities, as well as intelligence on the field. Besides, Mark stands out for his leader’s features. Nevertheless, his conduct often stays in the spotlight. Meanwhile, the footballer is gaining notoriety.

Since childhood, the athlete was interested in sports. He went into football and proved to be an up-and-coming young man. The skilled footballer was born in Miami on the 29th of March in 1997. After high school, he entered the University of Miami, where he started his college career as a footballer.

Even though he was a true freshman, Mark displayed an impressive statistic. He was smart and strong. The athlete was able to play aggressively and lead the team to victory. During his first season in the college football league, he played in all thirteen games. He rushed for 459 yards on 129 carries with nine touchdowns.

He played his rookie year for the Bengals. He was pleasant and established himself as a leader. Nevertheless, Mark was waived by the management of the team as a result of repeated Mark’s arrests.

In May 2019, he signed the contract with the Dolphins. Despite his remarkable statistic, his conduct had attracted the public’s attention again. Thus in November, he has suspended four games due to his violating league’s conduct. He was waived again on the 19th of November due to police issues.

As officials reported. The woman called the police after 15 minutes of the incident. By this time, Mark left the scene in his car. She said that the footballer pushed her to the wall and punched several times in her face and head. The athlete was immediately arrested and charged in the aggravated battery against the pregnant person. This is a second-degree felony that carries a maximum sentence of 15 years.

He is a Christian. He has an athletic body. His height is 5 feet and 9 inches, his weight is 195 lbs. Mark is a handsome man whose charming smile and glowing face attract people’s attention.

Besides, as a demanded footballer Mark gathered a good fortune. His career earnings consist of $1,7 million over one season. As to his net worth, it is not estimated but reached more than $1 million. He is not married.

• During his high school career, he rushed for 2,769 yards and 45 touchdowns.

• In college times, he rushed for 450 yards on 129 carries with nine touchdowns in his rookie year.