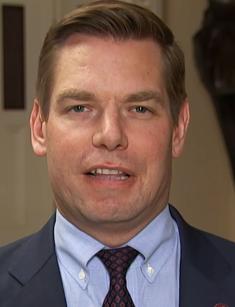 He is a skilled politician who represents the Democratic party. The politician uses an innovative approach and has rich experience as a prosecutor. The politician is famous for using social accounts to share his political activity.

The American politician was raised in Iowa. His father served as a police chief. He was good at both studying and sport. Thanks to his achievements in sports, he entered the university after receiving a soccer scholarship. In 2003 he graduated from the University of Maryland with a degree in government and politics.

Since 2013 he serves as a representative. His district is part of Central Contra County and most of eastern Alameda county. In 2012 he held a victory over an incumbent Pete Stark. He is a Democrat.

After graduation from the university, he tried his hand in a politician in order to serve as an intern for Ellen Tauscher. He decided to focus on legislative research. In 2011 he filed to run for Congress.

His work of the unpaid intern inspired him to create a public-private college scholarship program. He did it for those students whose parents died in the attacks. He used his experience and his student government association position. During this period he worked hard, Eric brought new energy and problem-solving spirit. He believed that protecting the civilians is the essential duty of the government. Eric is a vivid supporter of security, as well as opportunity and equality. He contributed to the quality of intelligence committees to make sure that all agencies had the necessary workforce, infrastructure, and services.

He also served on the Judiciary Committee. He used his experience as a prosecutor and knowledge as the son of an officer. He supported voting rights, LGBT equality, comprehensive immigration reform, and protecting women’s rights.

In 2012 he entered the campaign and held his first victory. As a house of Representatives, he established a reputation for innovative and extensive communication through social media. Thanks to that, he was called “Snapchat King of Congress.” In 2016 he broadcasted historic hearing of gun violence.

In April 2019, he announced his candidacy. He did it in a typical for him the way – he told it appearing on The Late Show with Stephen Colbert, he also announced his campaign on his accounts.

The central issue of his presidential campaign is ending gun violence. In the interview, he stated that he would like to ban and buy back all guns. Besides, he focused on spreading the affordable education and health care across all the United States.

He also proposed the idea of the “Mobile Congress.” He is a supporter of same-sex marriages and access to abortion.

His net worth is $2 million. Eric’s salary is $174,000 per year. The politician is married. He has got two children. Since 2016 he has been married on Brittany Watts. His ethnicity is Caucasian. His highest degree is Juris Doctor. He was married twice. In 2019 he was afflicted with facial paralysis.