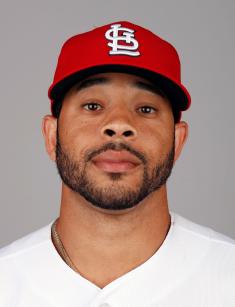 He is a professional baseball player who devoted to this game all his life. He had to overcome severe obstacles to become a successful athlete – a rare eye disorder and his tough childhood among them.

Tommy began playing baseball in his childhood and, since that time, displayed impressive abilities and intelligence. Even though Tommy was a productive player and often was one of those who led his team to the victory, he was repeatedly traded. That fact sometimes hurt the athlete. However, all changed proved to be for the better because the baseball player, every year, displayed better results. In 2019 he was traded again - with the excellent financial bonus, he became a member of the Padres.

He was born in the USA, Las Vegas. His parents weren't twenty years old when the boy appeared on earth — his mother born twins, Tommy and his younger sister, Brittany.

Since an early age, his childhood was deemed. The twin's father was imprisoned by the time of their birth. His father's name is Antuan. He was born in Vietnam and moved to the USA with his family. Even though Antuan displayed impressive skills in American football, he was involved in street and drug crimes. As a result, he occurred to be in prison all his life.

His mother's name is Tawana. When she stayed alone with two twins, her parents agreed to assist her. She didn't finish school. Instead, Tawana began working as a server and a busser. Her parents raised her children while Tawana was struggling.

Between two and three years, Tommy had to wear leg braces, as doctors suspected contracted rickets. When the twins were five, Tawana married an electrician. Tommy had issues with the stepfather.

Even though the boy had far from the comfort in childhood, Tommy grew a skilled boy. He was good at sports, especially in baseball. He had a passion for the game and spent free time training alone. Unfortunately, his mother hadn't enough time to appreciate his efforts and always missed his competitions. Decades later, the reporter asked Tommy, who he would like to thank, and the athlete gave a sincere and compelling answer. He confessed that he hadn't a dad who taught him when he was a kid. "I'm proud of myself, to be honest with you. I remember throwing a ball against the wall, playing catch with myself and throwing a ball up, hitting it, you know, throwing batting practice to myself. Do you know what I mean? I believed in myself from a young age."

At high school, he played as a pitcher and received his first accolades. Thanks to excellent stat and vivid talent, the young man signed the contract with the pro team and got $325000 as a bonus.

His professional baseball career began with several detours. In 2010 Tommy injured his wrist and wasn't able to play baseball for an extensive period. In 2011 he tore a ligament. Then he had a torn labrum. As a result, the first years of his career were deemed by his injures and log rehabilitations. The situation began changing in 2014 when Tommy received a significant promotion – he started his career for the Lois Cardinals. He played for this team for four years. The 2017 seasons were an absolute breakthrough for him. He displayed a dominant performance, he was named the third in the power-speed number and ranked the eleventh in the national league.

In 2018 he began playing for the Tampa Bay Rays. The athlete was deeply disappointed with the decision of the Cardinal's management. He said, "I'm just disappointed. I wanted to give more. I wanted to give more, from a playing perspective. I got involved in the community. I enjoyed being able to do that. But I wish I had given more. I had an opportunity here. They gave me a chance, and "It hurts, specifically for me because I've been underperforming from my expectations. I feel like if I had just done my job better, we wouldn't be so far down in the standings.

As a Ray, he played well. He was called the player of September in 2018. The 2019 season was successful for the athlete. He hit a grand slam for the first time in his career. At defense, he also had the best statistics.

On the 6th of December 2019, he became a member of the San Diego Padres.

The athlete suffers from a rare eye disorder, which causes vision problems. This disease makes people blind. And in fact, the athlete is blind on one eye. In 2019 he began wearing lenses and underwent surgery. As a result, he started seeing better. His doctor gave a vivid comment about Tommy's disease. He said, "If somebody would tell me an individual could play Major League Baseball with keratoconus, I'd say, 'Absolutely not.' Only Tommy Pham. I think Tommy is one in a million."

The athlete is active on social networks. He often shared his opinions on the sports news and moments if his personal life.