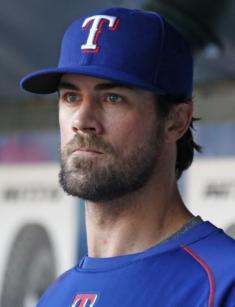 Colbert Hamels was born in California in 1983. He lived in San Diego with his family: parents and two siblings. Speaking about his education, Hamels did not attend college but studied at Meadowbrook Middle School and Rancho Bernardo High School. During his time at schools, Colbert started making progress in baseball. Eventually, in 2002, he was drafted by the Philadelphia Phillies at the Major League Baseball draft.

In 2003, Colbert started his professional career as a pitcher for the Minor League team called Lakewood BlueClaws. Later, he was promoted to the higher class, A-Advanced. The next two seasons were not successful for Hamels. In 2004, he missed the bigger part of the season due to the elbow tendonitis. Next year, Cole had broken his hand during a fight in the bar even before the season started. In summer, he got promoted to the AA team, but eventually, he did not participate in the remainder of that season because of the back spasms.

In 2006, Hamels got to the International League of the Class AAA. His minor stats contained a record of 14–4 with 273 strikeouts in 35 games pitched. After that, the Philadelphia Phillies put Colbert to the major league. Colbert had his victorious moments but also unpleasant ones. For instance, in the 2012 season, he was suspended because he hit Bryce Harper during the game and admitted it as an intentional action.

When the 2015 season started, there were a lot of teams that wanted to trade for Hamels, including Los Angeles Dodgers, Texas Rangers, and Chicago Cubs. Eventually, on July 31, 2015, Colbert and Jake Diekman both were traded in exchange for six other players.

Hamels had a positive effect on his new team; there is no doubt. Finished the 2015 season, the Rangers reached the level of the Houston Astros for the AL West division lead. Next year, Cole turned out to be the Opening Day starter for his team. Also in 2016, he was named to the Major League Baseball All-Star Game.

In July 2018, Colbert was traded again to the Chicago Cubs in exchange for three other sportsmen. He made his debut as a Cub on August 1, and all his first five games were won by the Cubs.

On May 8, 2019, the chairman of The Philadelphia Phillies, David Montgomery, died due to cancer. Hamels shared his wish to wear a memorial patch with David's initials, DPM. Unfortunately, the baseball rules prevent that possibility because, during that time, Colbert was wearing the Cubs uniform.

Recently, on December 4, 2019, Colbert signed a contract for one year and $18 million with the team Atlanta Braves. We expect to see his achievements in the new team rather soon. For that year, the sportsman’s net worth is estimated at $60 million. On Forbes, it is said that Hamels has an annual salary of $22.5 million and endorsements of $200,000.

On December 31, 2006, Colbert married Heidi Strobel. They have four kids together: two sons, Braxton and Caleb, one biological daughter, Mackenzie, and an adopted one, Reeve. Hamels raises children together with his wife in Philadelphia.

In 2008, Colbert and his wife founded The Hamels Foundation that helps children’s programs in Africa and Philadelphia. In 2017, the couple made a donation, their huge house in Missouri, to the Camp Barnabas, which runs camps for kids with special needs.