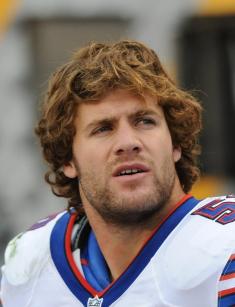 Kristian Alonso, also known as Kiko Alonso, is an American football player who currently performs for the New Orleans Saints. The sportsman has changed many clubs throughout his not-so-long career, and the recent transfer might be another step to finding a perfect place.

The would-be football star was born in Newton, Massachusetts, into the family of Monica and Carlos Alonso; it happened on August 14, 1990. The boy’s origin was mixed: the mother came from Colombia, and the father was Puerto Rican. The athlete is proud of his background and deeply respects his family.

Little Kristian took an interest in sports early and practiced baseball along with his brothers, Carlos and Lucas. By the way, Carlos also devoted his life to football and joined the Reading Fightin Phils, performing in the minor leagues.

Alonso went to Los Gatos High School in California; this is when his talent began to shine. Later on, the young man was offered many scholarships and enrolled at the University of Oregon, where he immediately became a member of the Oregon Ducks.

Similar to many of his colleagues, Alonso began to play full-fledged football at a college. In 2008, he joined the college team but redshirted for a year and debuted in 2009 as a middle linebacker in reserve; the young man took part in 12 matches and succeeded. Although the next year brought suspension, his come-back was victorious: Alonso gained the 2012 Rose Bowl Defensive Player of the Game.

By the end of the studies, Kiko participated in all games; his team won the second place.

In 2013, the Buffalo Bills drafted the young talent; it was the start of the NFL career for Kristian. He signed a $4.30 million contract with the club for four years.

Although the debuting game against the New England Patriots was a failure, it brought a valuable experience for Alonso. His progress was notable, and the Buffalo Bills enjoyed many victories. In fall 2013, Kiko’s endeavor was awarded the NFL Defensive Rookie of the Month.

The next year was less favorable: the sportsman had a knee injury, and it took him almost the whole season to recover.

In March 2015, the club traded the player to the Philadelphia Eagles. Interestingly, Chip Kelly, who used to train Kiko in Oregon, worked there.

He was glad to discover his mentee’s advancement and appointed him the backup inside linebacker in the season; Alonso surpassed other candidates. Unfortunately, the sportsman had another knee trauma during the game against the Dallas Cowboys and missed five matches. After recovery, he contributed to the Eagles’ victory over the New York Giants and finished the season with good stats; fans still rewatch highlights from those moments.

In March 2016, the linebacker transferred to the Miami Dolphins and became the starting middle linebacker for the new club.

The Dolphins stood out for their strength and high standards, and the newcomer managed to fit in. The first season with them was advantageous for Alonso; he only had a light hamstring injury and ended the season with 15 combined tackles, four pass deflections, and two interceptions, getting the second place at the AFC East.

In 2017, Alonso continued to support the Dolphins. His hit of the quarterback Joe Flacco arose much criticism, but the athlete was not suspended and got away with a fine. The next year, the story repeated itself: the hits on Andrew Luck and Josh Allen were questionable, and Alonso was ejected from the match.

In September 2019, the New Orleans Saints exchanged Alonso for his colleague Vince Biegel.

Kristian prefers to keep his personal life secret; he does not talk about it in his interviews or post romantic pictures on his Instagram page. Alonso has no Twitter. The media used to mention Gabriella Kapp as the athlete’s girlfriend, but whether she became his wife is unknown.

Some fans believe that Kiko is related to the baseball player Pete Alonso; however, they are only namesakes.

Today, the athlete is getting used to his new club; fans are looking forward to new triumphs of their favorite.