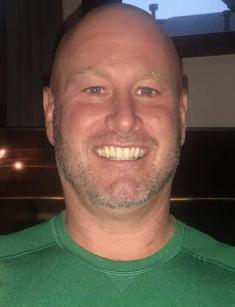 Trent Farris Dilfer, who was born on March 13, 1972, is a California-born football coach and former player. He is best known for playing in the NFL for 14 seasons. Throughout his career, Trent played as a quarterback for such teams as the Tampa Bay Buccaneers, Baltimore Ravens, Cleveland Browns, and others.

Not much is known about Trent's childhood. He was born into a middle-class family in Santa Cruz, California. Trent was raised by his mom, Marcie Lynch. He spent his childhood in Aptos, where he also studied at a public high school. Then he attended Fresno State, where his college football career started.

His football career started when Trent became a player for his college team. His professional journey started with his participation with the Tampa Bay Buccaneers.

The Tampa Bay Buccaneers selected Trent as their first overall choice in the 1994 NFL Draft. Trent was dismissed from a 1995 game against Minnesota after punching John Randle. Trent threw 21 touchdown passes for the Buccaneers in the NFL seasons of 1997 and 1998. He averaged 2,729 yards a season and 58 touchdowns with the Tampa Bay Buccaneers in the NFL from 1996 to 1999. He continued to play inconsistently, and in Week 10 of 1999, he suffered a serious injury, missing the remainder of the season.

On March 8, 2000, Trent signed with the Ravens. Tony Banks started to use him as a backup. With a record of 12-4, the Ravens ended the year by winning seven straight games. Dilfer finished the 7-1 run with a 45-39 record as a starter.

The Seattle Seahawks signed Dilfer as a backup quarterback on August 3, 2001. He only started two games in 2004, both of which the team won: 24-17 on November 28 against the Miami Dolphins and 24-21 on December 26 against the Arizona Cardinals.

Trent was dealt to the Cleveland Browns in March 2005. He only played one season for the Browns, passing for 2,321 yards and 11 touchdowns but also fumbling nine times and tossing 12 interceptions (losing seven of those). His passing score was 76.0. However, at 59.8%, he had the greatest completion rate of his career. The Browns' record would fall to 6-10.

Trent was dealt to the San Francisco 49ers in May 2006. In exchange, the Browns received Ken Dorsey and a seventh-round choice in the 2007 NFL Draft from the 49ers. Trent replaced Alex Smith on September 30th, 2007.

Trent believes in the Christian religion. Also, he and his wife, Cassandra, raised three daughters: Maddie, Tori, and Delanie. Their fourth child, a son, died due to a heart disease back in 2003.

Here are some achievements that Trent received throughout his career: