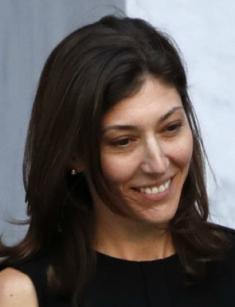 She is an American singer and songwriter who devoted her life to gospel music and contemporary urban music. Being talented and inspired since her childhood, Lisa began her career as a member of the female quartet in 1986. Then she concluded that it was time to perform along. Since those times, she became widely known. The singer gathered a massive fanbase across the country. Lisa is a recording musician whose music career is well-established.

Since childhood, she displayed a vivid interest in music, as well as impressive vocal abilities. It is not a big surprise that she chose the career of the musician.

She was born in Detroit and spent all her life in this place. She is the daughter of Charles Warren Harris. Her ethnicity is black. Her zodiac sign in Sagittarius.

In 1986 she began her professional career as a member of the quartet. Ten years later, Lisa decided to work solo. In 1997 she released her first solo album named “More Than You’ll Ever Know.” Then she successfully released several albums in 2001, 2009, and 2013. Her music received positive reviews and critical acclaims. Three of her albums were included in the Billboard charts.

Lisa is an author of numerous gospel hits, “Lord, I say thank you” and “his blood still works” among them. Her third album’s name is “Strong,” which declares God’s love and salvation became one of the most successful albums.

The American musician married to the bishop. Her husband’s name is Michael Alan Brooks. He is a member of the well-known American group “Commissioned.”

The singer’s family resides in Detroit. Her net worth is $1 million. The musician’s fortune primarily comes from her occupation – singing and songwriting.

Besides her music career, she serves a full pastoral ministry alongside her husband.

Unfortunately, there is no information about the awards of the gospel singer. Nevertheless, the songwriter and musician achieved an impressive career in the music industry. She is well-known and demanded as a vocalist. The singer has got regular concerts around the USA.