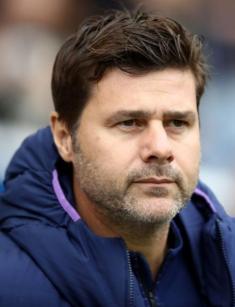 He is a talented football manager working with top football teams. In the past, Mauricio was a skilled and uncompromising football player. He achieved the number of accolades and became a widely known athlete in the sports industry.

He was born and spent most of his childhood in Santa Fe. His family is of Italian descent. Mauricio began playing football at an early age and displayed impressive skills. As a result, he played in the first division of the regional league when he was fourteen.

In 1987 he played in the first division of the national league. He was scouted by Jorge Griffa and his future manager Marcelo Bielsa – those were the most important figures which had a significant influence on the young footballer. Mauricio was very good at playing and led his team to the national championship. When he was 22, he began playing for Espanyol. The athlete established himself as a reliable and uncompromised defender. In 2001 he became a player of PSG. Two years later, he was moved to fellow Ligue 1.

In the 1990s, he took part in a series of international competitions. Thus the athlete participated in the Olympic tournament in Paraguay. Mauricio proved to be a vital cup of his team and was repeatedly invited to international matches.

In 2009 his career as a coach and manager had started from the collaboration with the Spanish team, Espanyol. He worked with the team for four years. Despite the low achievements of the group, the work of the coach was praised by the commentators. As a result, Pochettino gradually was becoming a demanded coach. Than during one year he worked with the Southampton.

In 2014 he took the position of the head coach of the English team from Tottenham. He signed a five-year contract. His first season as a coach was somewhat successful. IN 2015 he agreed to prolong his contract till 2021. He began holding the position of the manager, even though he continued to implement the same role and functions.

Under his guidance, the team achieved historical scores. As a result, he prolonged his contract five more years until 2023. But the situation began damaging in 2019. The team placed 14th place in the premier league. The coach's work was called as extremely disappointing. He was fired on the 19th of November in 2019.

As a manager, he prefers an aggressive and brave style. He said:

"It's about your personality, who you are. You show on the pitch who you are. If you are brave in your life, you cannot behave in a different way on the pitch. I don't understand how to play differently. Always, be brave. I like to be brave".

The athletes whom he worked always praised his style and thanked for his encouragement and priceless pieces of advice. He also helped athletes to improve their physique and technique.

A coach is a married man. He and his wife have got two kids. His children followed his father's steps and devoted his professional life to the sport. Thus his one son, named Sebastiano, works as a sports scientist. The other son, Maurizio, works as a development squad.

In one interview, the coach said that he believed in universal energy, that everything was interconnected, and no one thing happened for causality.