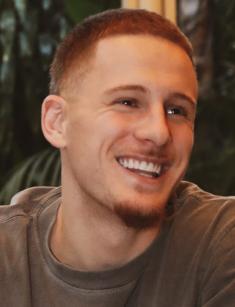 Born in Newark, Donte DiVincenzo started a basketball career in NBA in 2018, as a rookie of Milwaukee Bucks. Chosen in the 1st round of Draft, he was an NCAA two-time champion and MOP of 2018 as a player of Wildcats. DiVincenzo plays at a shooting guard position. His net worth is roughly estimated at $2 million, including all of his properties and career earnings.

The birthplace of Donte was the state of Delaware. He appeared in Newark on January 31, 1997. The boy always wanted to become a professional athlete. But as with many Delawareans, his favorite sport was soccer. When he started to concentrate on basketball, shortly before high school, the decision was unpopular. There have been only 16 athletes inducted into the state’s sports hall of fame for basketball. Three were referees.

Delaware was one of two states in 2017 in which more high school boys played lacrosse than basketball (the other was Maryland). There were more athletes playing soccer and football in the state, as well. DiVincenzo attended Salesianum School, a Roman Catholic independent school for boys located in Wilmington. And Donte was the main star of its basketball team.

Delaware had only 59 high schools competing in one division in high school basketball. Even the publicity that players got could have a sarcastic undertone. Villanova Coach Jay Wright, for instance, once called DiVincenzo the Michael Jordan of Delaware. The nickname had stuck. DiVincenzo’s high school coach, Brendan Haley, said that Donte certainly put Delaware on a map.

Before DiVincenzo appeared in Salesianum, the program had won more than 150 state titles in sports like swimming, cross-country, and lacrosse, but never in basketball. In his junior year, the youngster, along with his teammate Trevon Duval led the team to the first championship. But after DiVincenzo’s junior year, a rumor began to circulate that he was planning to leave to attend a prep school out of state.

Unlike Duval, DiVincenzo stayed and won another state title, and had been considered basketball royalty in the state ever since. Every time he goes home nowadays, everyone knows who he is. The citizens welcome Donte anywhere. By the end of his school career, DiVincenzo was a four-star prospect out of Delaware's Salesianum High School and the top overall player in the state, according to 247Sports' composite rankings for 2015.

In 2015 DiVincenzo committed to Villanova University and joined Villanova Wildcats. However, the Delaware native injured a foot eight games into his true freshman year and was redshirted. Nevertheless, DiVincenzo became a member of the 2016 NCAA championship team and got a ring. His biggest contribution to the title team was playing the role of Oklahoma All-American Buddy Hield on the scout team in practice before the 2016 national semifinals.

Donte changed the situation in 2017. Although he started only one of 36 season games, he was named to the team of the best rookies, scoring 8.8 points and 3.8 rebounds on average per game. On the eve of the March madness of 2018, DiVincenzo won the Sixth Man Award in the Big East. The 6-foot-5 height guard averaged 13.8 points, third on the team, during the regular season, along with 4.6 rebounds and 3.4 assists in his stats. He also was second on the Wildcats with 1.3 steals per game. He set a career-high with 30 points in a February 10 win over Butler.

DiVincenzo started ten games that season, most of them in the absence of Phil Booth while Booth recovered from a broken right hand. He became the third Wildcat to win the Sixth Man Award, joining Josh Hart in 2015 and Corey Fisher in 2009. Donte DiVincenzo introduced himself to a national audience on April 2, 2018 in the first half of the national championship game.

In a game in which no Villanova player shot that well, DiVincenzo scored 12 points in 26 minutes, had eight rebounds, and played like a demon on defense. He came off the bench to score 31 points on 10-of-15 shooting in Villanova's 79-62 win over Michigan and was named most outstanding player at the Final Four. His 31 points marked the highest scoring total off the bench in a national title game.

The redhead kid with the nickname Big Ragu led Villanova to another blowout tournament victory for its second title in three seasons. On April 19, 2018, DiVincenzo declared for the draft without hiring an agent, leaving open the possibility of a return to Wildcats. But soon he remained in the 2018 NBA draft and forewent his NCAA eligibility after impressing scouts at the draft combine and performing well in team workouts.

On June 21, 2018, Donte DiVincenzo was selected by the Milwaukee Bucks with the 17th overall pick. In three weeks, the sides signed a two year $5.39 million contract. However, the rookie lost most of his debut season to a foot injury. By the time summer league came around in early July 2019, DiVincenzo felt well enough to play. However, the team didn't want to take any chances by exposing their 22-year-old guard to unnecessary competition. So he kept his head down and kept working behind the scenes.

After the recovery, the Bucks exercised a $3.04 million option for 2020-21, and Donte got an annual average salary of $2.8 million. And in 2019-2020 season, DiVincenzo began establishing himself as a valuable member of the rotation after playing just two minutes in the Bucks’ first four games.

The guard scored a career-high 17 points in 20 minutes on 54.5% shooting during a win over the Minnesota Timberwolves, adding seven rebounds. He made back-to-back 3s in the final minute of the third quarter with the Wolves on a five-point run, restoring the Bucks’ 20-point lead and had played 20-plus minutes in three straight, averaging 13 points per game over that stretch.

When Bucks star Giannis Antetokounmpo was asked about having DiVincenzo back on the court, he answered:

"It’s amazing. He looks really, really good. It’s kind of tough that he didn’t play last year and he was actually helping the team a lot. You kind of forget what kind of a player he is but now that he came back he looks good. He’s definitely going to help this team, he’s going to make shots, he’s going to defend. It’s fun to have him back. It’s fun to see him out there competing hard.”

In April 2018, DiVincenzo deleted his Twitter account because of the very close attention of journalists. As of 2019, Donte was dating his long-time girlfriend Morgan Calantoni, a cheerleader for Temple University. As any NBA player, DiVincenzo has a line of his named apparel.