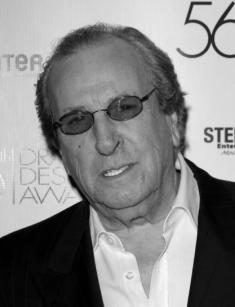 He was a talented and recognizable actor. His multitalented nature allowed him to work on the stage, appear on the big screen and release musical albums.

The actor was born in New York in the family of laborers. At an early age, he worked as a shoeshine boy. His childhood was enduring. He had to struggle after his dad left the family.

Through his career, he got specialization – the actor perfectly portrayed New York mobsters and was good at playing tough-guy roles. However, Danny went a long path to success.

He was struggling with financial problems and had to work as a bouncer, trade unionist, and baggage handler. He was working on the Greyhound buses. Danny achieved promotion and became the president of his union. He harbored political positions, but, unfortunately, he lost his positions after participation in wildcat strikes. Then he returned to the crime, worked as a bounced, and fought all the time. While his work as a bouncer at the comedy club, Danny sang on the stage and cracked jokes. That time he began considering the work in the movie industry. However, he avoided formal acting training. That's why he was named the instinctive actor.

His first roles on the screen weren't significant and promising. The first time he worked on the picture, Bang the Drum Slowly in 1973. In 1974 he joined the cast of the second part of The Godfather.

Even when he became a rather rememberable artist, he continued to play supporting characters. He received first accolades but remained limited in the specific customary territory: the mafia, the unions, New York.

By the 80s, he managed to widen his professional filed. The actor appeared on the comedy, where he worked alongside Woody Allen.

The situation radically changed after his appearance in "Do the Right Thing" when the 50-years-old actor perfectly played a pizzeria owner. That was his total breakthrough. Three years after that role, Danny gained wider popularity after his appearance on video "Papa Don/t Preach' interestingly, that the actor had no idea about the world-known singer and hesitated to take that job. He asked a piece of advice on her daughter, and she persuaded him to agree.

In the 90s, he began playing leading roles as well as supporting. Thus he featured on "The Closer" as a businessman, and played the supporting role in "Hudson Hawk."

One of his latest recognized works is "Dinner Rush," where the actor played an embattled restauranter.

His final works are two crime dramas, the actor appeared on "The Neighbourhood" in 2017 and "Making a Deal With the Devil" in 2019.

Through his long-term career, he worked with the number of actors, among them Charlize Theron, Cher, Bruce Willis.

The actor was a talented singer who always made some music. He made soundtracks of several movies which he took part, among them "Hudson Hawk" and "Remedy." He releases numerous albums, including "I just want to hear the words." In his 70s, Danny looked more at ease than ever. He focused on his music and released jazz albums.

In between movies, the actor worked on Broadway. One of his first works was "Gemini." In 2011 he acted on "Shoemaker."

Most of his life he resided in New Jersey. He had a big family. In 1955 the actor married. His only wife is Sandy Cohen.

Danny was a father of four children. One of his sons died of pancreatic cancer in 2010. In 2014 he released an autobiographical book,

"I Only Know Who I Am When I Am Somebody Else: My Life on the Street, On the Stage, and in the Movies."

In the 2000s, acting became a family business when the actor began to appear on the pictures alongside his sons. He and two sons appeared on Prince of Central Park in 2000 and Brooklyn Lobster in 2005. The number of journals wrote his obituary. His net worth was estimated at $3 million. When he was sixteen, he briefly attended high school than he lied about his age and entered the American army.

The 86-years-old actor died in hospital on December 12 in 2019 due to a brief illness. The cause of his death is an infection. Many people, including actors, gave tribute to the late artist. De Chiara named him a man with a huge heart and one of the greatest actors.