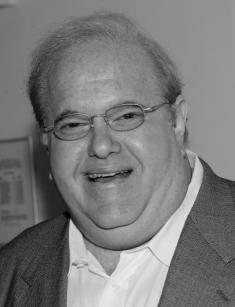 Lou Pearlman was a record producer of the 1990s boy bands. Later, it was revealed that Pearlman ran a dishonest business. He was sentenced to 25 years in prison for conspiracy and money laundering. He spent several years imprisoned and died there at the age of 62.

Lou Pearlman grew up in a neighborhood in New York City. There is no information about the relationship with his parents. Lou was a cousin of the famous musician Art Garfunkel.

In his childhood, Lou lived near the airport and he liked to watch blimps. Since then, he had a dream to get a ride in a blimp. According to his autobiography, Lou earned his first money, working as a writer for the school newspaper to make his dream come true.

It is also known, that Lou was inspired by his cousin, who has already become a famous guy at that time. Lou suddenly became curious about music. He spent a lot of time getting information and making new friends with people who worked in the music business. But his interest disappeared after some time.

Pearlman got an education at Queens College. During his college years, he plunged again into studies. The one thing in life interested him more than anything else – aviation. Lou took part in discussions, attended classes and even presented his own business plan.

It took Lou little time to return to his passion to music and new ideas of earning money. However, he didn't succeed in aviation, that is why Pearlman started to pay more attention to music.

His first idea was to form a boys band. He was excited to watch the success of the popular American boys band New Kids on the Block. He knew that this job would bring him a lot of money.

Pearlman decided to start his business in the music industry. Lou formed the band the Backstreet Boys, which became extremely popular for a short period of time. He was happy that his idea has worked and continued with the next boys’ band called NSYNC, which also brought him money, fame, and success.

Lou was the producer of boy bands and one was the girl group called Innosense. The singer Britney Spears joined the group when it was formed but then quit it.

Lou Pearlman was the owner of a huge business, including a large entertainment complex.

Pearlman had his first problems when his bands members realized that he deceived and hid real sums of money that the musician had to receive as the salary. The band US5 sued him in federal court for misrepresentation and fraud. Then the Backstreet Boys' members filed a lawsuit against him. They began to understand that Pearlman took their money in his pocket. After that, members of the boy band NSYNC faced the same problems and followed suit. Pearlman's companies started to receive unfavorable press and media attention.

In 2006, Pearlman was exposed to work on a Ponzi scheme. For more than 20 years, Pearlman ran a dishonest business. To attract investors and earn money on them Lou used fake documents.

In 2007, Pearlman's company was named a massive fraud. He started to change his location not to be caught by officials. He was seen in several countries and was finally found in Bali after the raid of the FBI in his house. In May 2008, the producer was told to spend 25 years in custody. His companies all went bankrupt soon after it.

Lou Pearlman was accused of seducing boys. At present, there are different points of view. In 2009, Rich Cronin, the former lead singer of band LFO, said in the interview that Lou was trying to pervert him. But there are many people who protect Pearlman from that. For example, Nick Carter did not confirm the information. Lance Bass, NSYNC member, also spoke out that Pearlman never seduced him. Bass remembered that they just kept the distance with each other. He said that Pearlman hired young boys to be his drivers and heard about the rumors, but Pearlman never crossed that line with him. From the beginning, they were friends and Bass always knew Pearlman was gay but it didn't bother him.

According to the media, Lou had no wife. He was always engaged in his business and there were suggestions that he was gay.

There is no explanation, what influenced Pearlman to become a socially awkward person.

After he was put in prison, he gave interviews several times. Pearlman said that Art's 23-year-old son, James Garfunkel, supported him when he had difficulties and that he occasionally visited him in prison. Art and James Garfunkel rarely commented on the articles written in the media.

In March 2019, the documentary about the producer and his fraud came out on TV. It was also released on YouTube Premium later. Lance Bass was the producer of the movie.

Pearlman was also featured in the American Greed episode. It is an original primetime series airing on the business news network CNBC, created by Bill Kurtis.

Lou had a net worth estimated at $300 million.

Lou Pearlman started his 25-years prison sentence in 2008. Two years later, he had a stroke. When Pearlman has spent six years in prison, during one of the interviews, he was asked to share his thoughts and feelings. Lou answered he was doing fine. He also said that he regretted doing all his crimes. He hoped to return back and start a normal life from the beginning and even to find a new young star like Justin Timberlake.

However, Pearlman died in August 2016. He had surgeries after cardiac arrest, but it didn't help. The funeral was held ten days later after his death. Lou Pearlman was 62 years old.