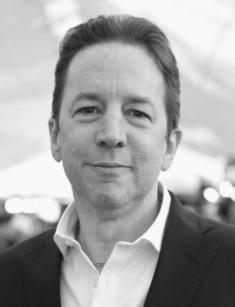 Brian Tarantina was an American actor famous for the soap opera One Life to Live and the comedy series Gilmore Girls and The Marvelous Mrs. Maisel.

The details of the artist’s early life are scarce. He was born in New York on March 27, 1959, into the family of Frank Tarantina; the mother’s name is unknown. The future actor grew up with two siblings: a brother, Mark, and a sister, Claire.

The young talent mastered his skills in the Fiorello H. LaGuardia High School of Music & Art and Performing Arts before appearing on the screen and stage.

Tarantina debuted as an actor in the 1980s in the crime drama The Cotton Club. Further on, he participated in many films and series, becoming the audience’s favorite even with minor parts. Overall, there are more than 80 projects in his filmography.

The long-time series One Life to Live is among Tarantina’s most recognized projects; he was working on it in 1990-1991 and personified Lucky Lippman. 2004 was marked with a come-back: the man joined the cast again to play another character, Ray Castillo.

In 2001-2002, Tarantina played Bootsy in the comedy series Gilmore Girls. He continued to star until his last days; for example, many people loved The Marvelous Mrs. Maisel character, Jackie. The crime movie The Kitchen (2019) turned out to be his last project.

Although Brian’s Broadway roles were not multiple, he spent there more than ten years. Theater fans remember him in Angels Fall, Biloxi Blues, The Boys of Winter, and Sacrilege.

Apart from Broadway works, the actor contributed to other theater projects: Innocent Thoughts, Balm in Gilead, V & V Only. In spring 1983, he participated in the Young Playwrights Festival in two plays.

The artist preferred to keep his personal life secret and did not reveal the identity of his girlfriend or wife. However, he was married, according to some sources. There is no information about Tarantina’s children as well.

On November 2, 2019, a family member called the emergency and reported the actor was unconscious in his own apartment. The cause of death was revealed later: accidental drug intoxication. According to the official statement, Tarantina had had heart issues; they had nothing to do with drug addiction.

The family decided to have a private funeral ceremony: no information about its location or date went public.

Brian Tarantina’s net worth exact net worth is unknown; it was about $1-5 million by the moment of his death.