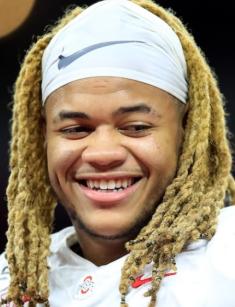 Chase Young is an American football player famous for his collegiate level achievements. He currently performs for the Ohio State Buckeyes and promises to become a valuable team member for any NFL participant in the next draft.

The future athlete was born on April 14, 1999, Maryland, into the family of Greg and Carla Young. His ethnicity and ancestors’ origin are unknown. The boy’s father pursued a career in law reinforcement, as well as his grandfather.

The family supported Chase’s interest in sports. He used to go to St. Vincent Pallotti High School and then transferred to DeMatha Catholic High School. The first football achievements occurred there: Young helped his team win the first place in the state competition, and many reputable sources, such as Washington Post and USA Today, named him one of the most talented players.

Following his interest in law, Young continued his education and began to study criminology at Ohio State University; he joined its football team immediately.

The first year was marked with four sacks. Although the next season was not lucky at first (Chase had an ankle injury), the situation improved later; he managed to get 10.5 sacks, three of which happened at the Big Ten Championship.

Fall 2019 was the turning point for Young. He showed excellent results in the game against the Penn State and broke the record with his 16.5 sacks. These accomplishments made football experts talk about the young man’s potential pick in 2020 in case he decides to start his professional career.

The young man is close to his parents; the mother often comes to support her son during significant matches. Sometimes, Chase shares pictures with his family on Instagram.

The DE did not declare anything about his relationships. However, he used to have some – the recent loan scandal proved that: in 2019, Young was accused of accepting a loan to have his girlfriend at the 2018 Rose Bowl while student athletes were not allowed to gain any benefit from their name.

2019 was a fruitful year for the young man: he received many prestigious prizes, like Nagurski–Woodson Defensive Player of the Year and Chicago Tribune Silver Football. Interestingly, two Ohio players, Chase Young and Justin Fields, were nominated for the Heisman Trophy, but the former won. Fans are looking for college football stats accomplishments and highlights in the future.

At present, there's no exact information about Chase Young's net worth.