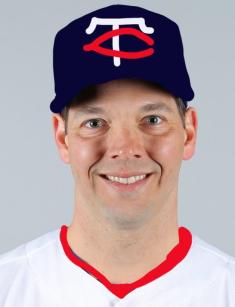 The future baseball player was born on March 11, 1980, into the family of Lloyd and Peggy Hill. There is not much information about his early years and relatives. The boy was fond of baseball at school and joined the Milton High School team to practice his favorite sport.

Soon, the young man’s talent was noticed: the Cincinnati Reds even offered him to play on the professional level. However, Hill preferred the collegiate level with the Michigan Wolverines; his results were quite impressive and made him a desirable player for many clubs.

Richard’s professional debut happened in 2002 when the Chicago Cubs drafted him. Although his curveball was perfect, the man did not become a starting pitcher at once due to mechanical and control issues. It was only when the athlete gained some experience in minor league games that he reached the higher levels.

Rich left the club in 2008 and joined the Baltimore Orioles for a year; two years with the Boston Red Sox followed. The athlete gained the position of a free agent in 2010 and seemed to be looking for a suitable place for a long time. All contracts lasted for a single season: the Cleveland Indians, Los Angeles Angels of Anaheim, New York Yankees, Oakland Athletics. He also returned to the Red Sox in 2015.

2016 was marked with a significant event: Hill joined the Los Angeles Dodgers, the team he was going to spend the next three years with.

Baseball lovers know Rich Hill for his nicknames. In 2017, the athlete appeared in a pullover with the name of his son, Brice, at the inaugural MLB Players Weekend.

The next year, Hill remembered his 2015 nickname “Dick Mountain” and put it on his clothes during another Players Weekends. At that period, the sportsman was playing for Boston Red Sox, and one of his teammates invented it for fun.

Rich is a loyal and stable person. He married his school girlfriend, Caitlin, on November 11, 2007.

Two children were in the family: Brice (2011) and Brooks (2013). However, the youngest son died of several rare diseases in 2014. It was a severe blow for the parents; Hill found enough strength to talk about it in an interview only in 2019. The tragedy inspired him to take an active part in the work of the Los Angeles Dodgers Foundation, supporting medical research.

Richard stayed with the Dodgers in 2019. Although he had an arm injury at the beginning of summer, the athlete’s health improved by fall; he ended the season with a 2,45 ERA in 13 starts.

In December 2019, the media reported Rich Hill and his wife were arrested near Gillette Stadium for public disorder. Caitlin was determined to enter the stadium with an oversized bag after being prohibited from doing that; when the police arrived, the famous pitcher tried to prevent them from arresting his spouse. Eventually, Rich and Caitlin were fined and set free.

Rich Hill’s net worth was $12 million in 2019; his earnings come from the contract with the Los Angeles Dodgers.