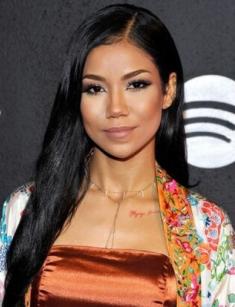 Jhené Aiko, a singer, found the passion of her life as a kid and met the world of show-business due to her family which has always been inclined to music. Her creativity is a mix of different music genres such as hip-hop, R&B and rap what makes her songs something unique. There is a question – how did Aiko manage to build a career of her dream and get through all the life ordeals? Let’s know right now!

The singer was born to a middle-class family of 5 children. So, she has two sisters and two brothers. As for her parents, her dad, Dr. Karamo Chilombo has German and African roots. Her mom, named Christina Yamamoto had Spanish and Japanese blood.

As a kid, Aiko witnessed the horrible LA Riots in 1992 aimed to support police cruelty victims. The bloody scenes were imprinted in her memory. Remarkably, the violence led to deaths of about 50 people and injuries of near 2000 ones.

At an early age, Aiko was keen on making and listening to music. However, her taste in music was pretty specific. Once, as an 8-year-old girl, she introduced the controversial creativity of Lil Kim to her classmates evoking a big scandal at school. So, professors even called her parents to warn them what type of music their daughter liked. Speaking about the school, Jhené Aiko was bullied for her mixed nationality and eventually decided to study at home.

Young Aiko had to get through her parents' divorce. According to the judge's decision, the girl and other kids remained to live with their mom. When their dad re-married, they got acquainted with three new siblings. By the way, Aiko's sisters (one of them are Mila J) had created the musical band Gyrl and already become famous musicians by the moment. So, they introduced Jhené to the world of show-business.

According to her future admissions, Aiko began writing rap lyrics at the age of 7.

Having turned 12, Jhené Aiko joined the group B2K and was signed to Epic Music. She took part in the recording of B2K's first collection entitled 'Uh Huh' presented in 2002. Remarkably, the album brought Aiko numerous awards and nominations.

2003 was marked by Aiko's first studio album titled 'My Name is Jhené.' Because of studying, the singer had to part ways with her label at that time. So, she decided to focus more on getting a degree, not on building a music career. Having completed her education, Aiko came back to the music industry in 2011. She presented to her old fans the mixtape under the name 'Sailing Soul(s).' The project was recorded alongside Miguel, Drake and Kanye West. However, the work was not of high success.

One year later, Jhené was signed to a new producing company. 2013 also brought the musician her debut EP named 'Sail Out.' Surprisingly, the work got to the top of the American Hot chart. In 2014 she collaborated with Big Sean on the collection 'Twenty88'. Album's main issues to tell about are love, intimacy, friendship, and relationships.

In 2016 Aiko pleased her fans by presenting the tracks 'Maniac', and 'Hello Ego' (recorded alongside Chris Brown). Then she announced she had been working on a new album – the work was published in fall 2017 – its name is 'Trip.' Fans especially like its lead song 'While We're Young'.

In 2017 the singer performed at Lana Del Rey's concert.

In May 2019 Jhené presented the song entitled 'Triggered (freestyle)' – it got to No. 51 on the American Hot chart. 'Triggered' is her upcoming album's lead track. The gossips appeared Aiko created the single in honor of her ex-boyfriend Big Sean. However, she refuted the statement.

Speaking about Jhené Aiko's relationships, she has been romantically linked with O'Ryan, also a musician. They started dating in 2005 and separated three years later. When Aiko was 20, she alongside her partner welcomed their daughter named Namiko Love in 2008.

In 2016 it became known Aiko had a husband – Oladipo Omishore. The same year, the couple announced they would divorce. Their relationship was officially ended at the end of 2017. That year the rumors appeared Aiko had an affair with Big Sean. They admitted their relationship through Instagram. In 2018 the singer removed a tattoo of him – and the partners eventually split up in December 2018.

In 2012 she had to get through her brother's death. The man was diagnosed with cancer and passed away on July 19, 2012. Remarkably, shortly before the tragedy, Aiko made the track 'For My Brother.' He was lucky to listen to the song before death.

In 2013 one more tragedy was waiting for Jhené – she and her daughter were mixed up with a car accident. The singer broke her wrist, but the little girl suffered no injury, fortunately.

Jhené Aiko is a vegetarian.

Speaking about Aiko's music style, her voice is often named 'gentle' and 'sweet' one.

The musician writes lyrics every day, describes her feelings and thoughts about daily problems. Interestingly, once she shared, she liked being high while creating music. So, her mixtape 'Sailing Soul(s)' was recorded after Aiko smoke cannabis.