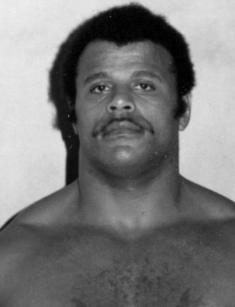 He was born in Canada into a big family. His father was an African descent who joined the British military force in the times of the American Revolutionary War. Wayde had three siblings.

Rocky had a troubled youth. At the age of 14, Wayde left home when his mother kicked him on Christmas day. By the 16 years, he had already lived in Toronto, working as a truck driver. That time he also began building the career of a boxer.

Interestingly, that the 16-years-old Wayde was going to become a pro boxer sparing with such legends as Foreman and Ali. However, at 20, he decided to pursue the career of a wrestler. He legally changed his name to his moniker.

Rocky found his most significant success when he joined the team for tag team matches. He worked alongside Tony Atlas in the group named the "Soul Patrol." The wrestler often feuded with Jerry Lawler and finally won his crown.

In 1991 he announced his retirement. However, that didn't end his work in the sports entertainment world. Rocky continued to work as a trainer of his son, Dwayne, who gained worldwide recognition. Initially, Rocky didn't approve Dwayne's chosen career. The wrestler knew too much about that profession. However, he agreed to train his son.

He was a bright figure in the sports entertainment world. As Rocky had to come across a lot of hardships and was born in a law-income family, many people called his story a real American dream. He achieved heights with his blood and sweat. For his career, Rocky broke several records. He traveled around the world wrestling and gaining many prestigious titles. Thus, he became the first African-American World Tag Team Champion in history.

Wayde was married several times. He met his first wife at a dance when he trained to become a boxer. That marriage gifted the wrestler two kids. Staying married, Wayde was romantically involved with a daughter of wrestling legend, Peter Mavia, who didn't approve their relationship. Mavia knew how many difficulties a wrestler's family could come across and wished for his daughter a better life.

Nevertheless, Rocky and Ata Mavia stayed together even though they weren't married. In 1972 the couple saw their first son, Dwayne. That time Rocky and his first wife decided to separate, and in 1978 the wrestler married Ata. However, decades later, in 2003 the couple split. The wrestler married again and was with his third wife till his death. His net worth is estimated at $1 million.

The 75-years-old wrestler died on the 15th of January. The official cause of death of the pro wrestler is a heart attack. His son posted a video on Instagram where he told his father battled cold and infection his last days. He hadn't felt well. Besides, he suffered from vein thrombosis.