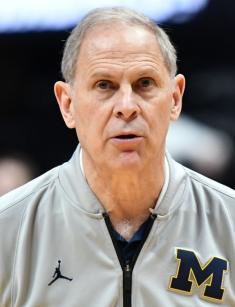 John Beilein is a basketball coach known for his accomplishments with American colleges. He has switched to the NBA level and become the head coach for the Cleveland Cavaliers in 2019.

The would-be coach was born in winter 1953 in New York. Although his parents had nothing to do with basketball, the boy’s uncles worked as coaches in the Western New York. There were nine kids in the family; John was the youngest but one.

Beilein went to DeSales High School and then enrolled at Wheeling College to study History. The young man played basketball himself and was elected the team’s captain; however, he preferred coaching rather than playing.

John started his career from the position of the head coach at Erie Community College; he signed a contract in 1978. The man changed several schools soon, gaining experience; in 1992, he held up to the first division and joined the team where his uncle used to work – Canisius College.

From that time, the coach collaborated with Richmond and West Virginia; the most impressive collegiate results and awards came with Michigan.

The coach focuses on offense and encourages his mentees to move all the time. He trains his classic formation in summer camps: four players leave a three-point arc while a single player is at the top of the key. As a result, athletes can reach a basket easier, and the number of three-point scores increases.

The defense is built on the one-three-one half-court zone principle; one-to-one and two-to-three actions are also present.

John is a one-person lover. He married his wife, Kathleen Griffin, in 1978; they have four children together: the sons Patrick, Mark, Andrew, and the daughter Seana. Patrick shares the love of basketball with his father; he played for West Virginia as a student and continued his career as a coach at Niagara University. References to his father have been beneficial for him in some cases.

Besides, Beilein is a happy grandfather; he has four grandchildren and shares pictures with them on Twitter. The coach is a positive person; for example, fans enjoy the video where the man is dancing in a car.

The new season is not going to be easy for the Cavaliers. Perhaps, too much pressure has caused several unpleasant incidents; for example, Tristan Thompson was seen raising his voice at the coach.

Beilein has recently mispronounced the word “slugs” and unwillingly compared the team with “thugs”; there were many negative comments on social networks. The coach apologized, and the Cavaliers made amends with him.

John Beilein’s net worth is $20 million in 2020. His salary with the Cleveland Cavaliers is unknown; Michigan used to pay him $3.37 million annually.