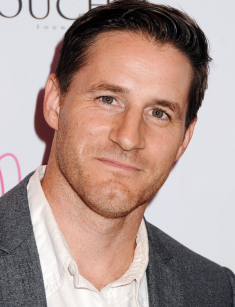 He is a skilled actor who has stayed demanded in the industry for years. The actor's talent and passion allowed him to work alongside legendary actors and to establish himself as an artist with more exceptional abilities. Nevertheless, as an actor, he had to face unemployment and sidelining his characters. These facts influenced him and gifted, productive experience. In recent years he appeared on the T.V. series, which made him famous.

Sam is a decent family man who raises four kids with his wife. He is a member of a charitable organization and helps homeless children.

He was born in Perrysburg on the 29th of January in 1977. He is Aquarius. The actor has German, Irish, English ancestries. During his education, he gained his first starring role in the episode of the popular T.V. series. Sam has got three siblings. He had found his calling – to be an actor when he was thirteen. Nevertheless, the young man decided to study liberal arts at the college. He graduated in 1999.

He began his professional acting career being a student at the college. After graduation, he worked in the theatre in New York for a couple of years and then decided to move to L.A. Here, in the 2000s, he appeared in two feature movies where he managed to unleash his potential. As a result, he got critical acclaims. These successful works helped Sam to get an outstanding experience working on the picture alongside Bruce Willis and Colin Farrel.

Than he enriched his T.V. portfolio after the appearance in the number of T.V. series, C.S.I.: Crime Scene Investigation among them, In 2006 he starred alongside Jennifer Garner and Kevin Smith in "Catch and Release." He also tried his hands in screenwriting. Thus, he became a co-writer and producer of two short movies.

He is a family man who stays with his wife, Amber Jaeger, since 2007. The couple has got four children. The actor is not good at singing; that's why he breathes with relief when his role doesn't presuppose singing.

In recent years Sam worked on the movie "Parenthood." In the interview, he confessed that he faced unemployment all his life; that's why he especially enjoyed working on this picture, which lasted for four years. For this long period, he found friends and got accustomed to the colleague, especially to his T.V. wife (Erica Christensen).

However, these T.V. series made him sometimes worry when his character was sidelined. He was happy when his hero was put in a more active role.

His wife, Amber, acted in his co-written comedy, "Take Me Home." This work proved to be a real test for their relationship. He said, "Take Me Home should have gotten us divorced. It was certainly not easy to make it, driving across the continent with seven smelly guys in an R.V., and the fact that she still came away with a brilliant performance is amazing. Thankfully our marriage came out okay. We had a lot of stressful times on the road, and I have to say it was a pretty big accomplishment for a couple who had been married for less than a year".

The actor works with a charitable organization providing homes for homeless children. He has a teenage stepdaughter from his wife's previous marriage. His net worth is about $5 million.