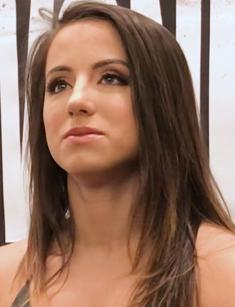 Maycee Barber is a young mixed martial artist from the United States. Many experts and MMA lovers recognize her as one of the most promising athletes, and her nickname The Future emphasizes that.

The future fighter was born in spring 1998 in Colorado. The parents, Bucky and Maryanne, had a sports background and encouraged their six kids to do sports from an early age; Barber started practicing karate when she turned three. The girl was not the only talent in the family: her brother, Wyatt, also showed good MMA abilities; he is likely to be promoted soon.

The parents did their best to provide their daughter with opportunities. They regularly drove her from Fort Collins to Albuquerque, where the young woman could collaborate with the coaches Greg Jackson and Brandon Gibson. Today, Maryanne and Bucky visit Barber’s events sometimes.

19-year-old Maycee had only one amateur fight and switched to the professional level soon. She worked with Legacy Fighting Alliance for a short while and recommended herself as a splendid athlete, defeating Mallory Martin, Itzel Esquivel, and Kaila Thompson.

Naturally, the UFC representatives noticed Barber’s accomplishments. They offered her to take part in the Dana White’s Contender Series 13, where Maycee surpassed Jamie Colleen. The next event was the bloody fight against Hannah Cifers in Denver; it ended with a technical knockdown for the latter.

2019 was marked with two significant victories over JJ Aldrich and Gillian Robertson.

In fall 2019, invincible Barber told journalists she would like to face Paige VanZant; she even wrote to her husband, Austin Vanderford. However, their meeting was not arranged. Maycee said at Ariel Helwani’s MMA Show that VanZant was probably afraid to accept the invitation; her words caused a scandal.

The young woman is focusing on her career now; the strict training schedule and keeping on a diet leave little time for dating.

The beginning of 2020 was not beneficial for Barber: she had to face her first failure against Roxanne Modafferi and a serious injury: the torn anterior cruciate ligament in her knee. Recovery will take a while.

Maycee Barber’s net worth is about $300 000 in 2020; her career earnings come from sports activities and commercials for various brands.