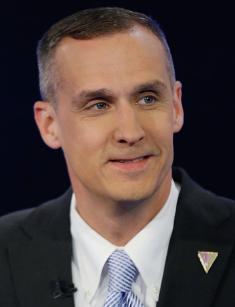 The political commentator and lobbyist has a long and significant experience and today is counted as a high-profile specialist. Nevertheless, he evoked criticism for his controversial behavior.

He gained the most significant success and popularity as a commentator of CNN and campaign manager of the presidential campaign. Nevertheless, he has worked as a political lobbyist for more than ten years. Thus, when he graduated from the university, he worked with Republican members of Congress as an administrative assistant.

In 1999 the lobbyist brought a loaded handgun in a laundry bag in the house of Representatives. He said that he had done it without malice; he forgot to leave the gun at home. The charges were dismissed.

In 2003 he worked as an executive director in the New England Seafood Producers Association. A year later he became a director of public affairs in the firm dealing with strategic communication and engagement. He had served here till 2012. He also represented as a lobbyist several clients, the solar-power company and health care software firm among them.

He graduated from the police academy in New Hampshire and worked as a seasonal marine patrol officer trainee in 2006. In 2008 he worked for the advocacy group Americans for Prosperity.

During this work, he earned about $20,000 per month. In 2016 they won in New Hampshire, and Trump highly appreciated work of his campaign manager.

In spring 2016, the reporter claimed the manager in the physical incident. As she stated, Lewandowski forcefully grabbed her after she asked Trump her question. The aide denied it.

In autumn of 2016, Lewandowski was fired, the split was called amicable. The campaign manager was soaked into a power struggle with the campaign chairman, and this fact caused his dismissal.

After his dismissal he became a political commentator on several channels, he often defended Trump from criticism. During a short period of work as a commentator, he got severance pay from Trump.

After his resignation from the channel OANN, he formed a political consulting company which became the highest-profile government-affairs outfits in Washington. In 2017 he left this company. Since those times he remained a highly demanded lobbyist working for biggest companies.

His work proved to be very controversial. In 2018 the lobbyist mocked of an immigrant child with Down syndrome who was taken from her mother due to the present administration policy. The lobbyist said “womp, womp” and invoked criticism.

In 2019 he announced that he was considering taking part in 2020 United States Senate election in New Hampshire. For his long and prolific career, the lobbyist gained a good fortune, and his net worth is more than $5 million.

The political commentator married his childhood love, Alison Hurdy. His wife gifted him four children. His family resides in Windham. In 2017 his colleague filed a police complaint. Joy Villa stated that the lobbyist slapped her buttocks twice. When she said that the woman would report for sexual harassment, he answered: “I work in the private sector.”