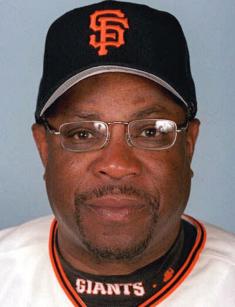 Dusty Baker is a retired baseball legend known for his performance for the Atlanta Braves and Los Angeles Dodgers. Today, his manager record is full of achievements and awards.

The would-be baseball star was born in summer 1949 in California. The boy’s father was a strict and tough man; the family moved to Fair Oaks and sent five kids, including Dusty, to the school where most students were white.

All these ordeals strengthened young Baker’s will. He was fond of various sports and showed excellent abilities in football, basketball, and baseball. As the manager mentioned in the MLB Network documentary, he was acquainted with the legendary guitarist Jimi Hendrix, and they took drugs together in 1968.

The young man started his baseball career in the Atlanta Braves. However, his most notable achievements pertain to the Los Angeles Dodgers, where the athlete played from 1976 to 1983: he helped the team win three League Championship series, even though his stats were not so remarkable during the events.

After a year with the San Francisco Giants, Baker signed a contract with the Oakland Athletics in 1985. By retirement, his batting average reached .278, and he had 242 home runs.

Johnnie began his managerial career with the San Francisco Giants. His early responsibilities included first-base work and hitting; 1993 brought the long-awaited position of a manager. The results were positive at once: the Giants celebrated their 103-59 record and, later, several division prizes in 1997 and 2000. The last years with the club were less favorable: many fans accused the manager of losses.

In 2003, Baker joined the Chicago Cubs, and the club’s progress was more than impressive, with high expectations to win the World Series. However, it did not happen so; the Steve Bartman Incident (October 2003) and other failures piled one another. Overall, the Cubs had almost the same number of victories and losses with Baker as their manager.

In 2008, the Cincinnati Reds began to collaborate with the former player. The early results were mixed: the team gained the Central title and found itself in a playoff game after 15 years of absence but lost in the Division Series to the Philadelphia Phillies.

Health issues interrupted the manager’s activities for a while. Although his contract was extended in fall 2012, the Reds declined his services soon, when they lost the sixth match in a row in October 2013.

In 2015, fans of the Washington Nationals learned that Dusty Baker had been appointed the new manager. His activities were beneficial and led to the NL East victory, yet NL Division Series games were disastrous; the next season was similar when the Nationals reached the East Championship final and lost to the Chicago Cubs in the NLDS match. Baker stopped being the club’s manager in 2018.

Baker tried himself in broadcasting first in 2006 during the MLB Postseason; he loved the job and continued to perform the same duties the next year. In 2015, the man collaborated with the TBS channel and commented on regular season games.

The former athlete has been married twice. Alica Lee Washinton became his first wife; the daughter Natosha was born in 1979, but the child together did not prevent the spouses from divorcing.

In 1994, Baker found another love, Melissa. The family lives in Granite Bay. They have a son, Darren, who has followed in his father’s footsteps and taken up baseball; his current job is for the California Golden Bears.

The ex-baseball player owns a winery; it moved to his native West Sacramento in 2019.

Following the sign-stealing scandal, the Houston Astros got hope for the better at the beginning of 2020. Dusty Baker became their new manager; many fans and experts were enthusiastic about the news.