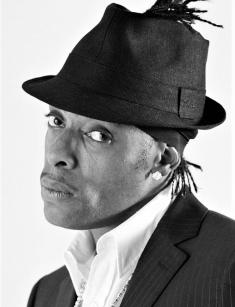 Artis Leon Ivey Jr., better known by his stage name Coolio, is a Pennsylvania-born rapper, musician, producer, and actor. He was born on August 1, 1963. Arris tragically died at the age of 59 on the 28th of September, 2022, in Los Angeles. He is of American nationality and African-American ethnicity. The faith he followed is not known.

Artis worked with such genres as gangsta rap, hip hop, G-funk, and West Coast Hip Hop. In addition to his music career, Coolio played roles in various films and did philanthropy. According to trusted sources, the rapper was 5'8" feet tall and weighed 80 kg.

Artis spent his childhood in Monessen, the city of Pennsylvania state. Some years later, he and his family moved to Compton, California. He attended the Community College in Compton. Not much is known about his family. The only information available is that his mom's name is Jackie Slater. She worked in a factory. His dad is Artis Leon Ivey Sr.; he was a carpenter.

Coolio is the author of the "Gangsta's Paradise" hit. This song appeared on many US and worldwide charts. "Gangsta's Paradise" became the most successful rap song in history. Artis first offered to sign a contract with a Tommy Boy Records label in 1994. His debut solo album came out in 1994 under the name "It Takes a Thief". In 1996, he joined a collaborative project run by the Red Hot Organization along with other successful rappers. By the way, Coolio recorded an opening song for the Nickelodeon sitcom Kenan & Kel. Throughout his music career, Coolio worked with Warner Bros. Records, Snoop Dogg, LV, and Kenny Rogers.

Before his fame, Coolio worked as a security guard at LAX and also volunteered in firefighting. He had only one spouse, whose name is Josefa Salinas. They decided to marry each other in 1996, but unfortunately broke up their relationship in 2000. He and his ex-wife have six children: Brandi, Shayne, Kate, Darius, Milan, and Zhane.

Artis was also active in philanthropy; he spoke about global warming and even was a spokesperson for the American Asthma and Allergy Foundation.

Artis has had several spell problems throughout his life. In 2016, security detained him at the Los Angeles airport with a bag containing a firearm. Artis received three years of probation and 45 days of community service. In 2017, he was not allowed into Singapore, and the border guard refused to comment on the refusal.

On September 28th, 2022, his manager said that Coolio's body was found in a friend's home in LA. He was found dropped dead in the bathroom, and the reason was a cardiac arrest. As many trusted sources say, the reasons for his tragic death are definitely not drugs or meds.

Throughout his career, Coolio appeared in many films, and some of them are:

AMAs (American Music Awards). He won only 1 nomination out of 2.

Totally, Coolio was nominated for 14 awards and won only 5 of them.