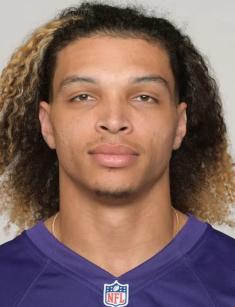 Willie Snead is an American football star. He plays as a wide receiver for the San Francisco 49ers of the National Football League.

Willie Lee Snead IV was born on October 17, 1992, in Winter Park, Florida. He has two younger brothers, Taylor and Isaiah. His mom's name is Sofia. His dad, Willie Snead III, is a football trainer and coach. He began to teach his son to play football when the latter was 4 years old.

His career has been a rollercoaster. Despite impressive stats, he failed to get a college scholarship because he was playing in a team of a low-profile school. He entered a university but decided to take a year off from getting higher education because his girlfriend was expecting a baby. Scouts didn't appreciate that decision and refused to hire him.

Soon after Willie came back to sports, he had a drunk driving accident and was suspended from NFL. He crashed into a parked car and failed a breathalyzer test. Then, he had a hamstring injury and toe surgery which prevented him from playing. He managed to overcome all these hardships and become a true star.

In 2014, Snead signed a contract with the Cleveland Browns. He became an undrafted free agent. He left the same year.

In Autumn 2014, he joined the Carolina Panthers. In a couple of months, he left.

Willie began to play for the New Orleans Saints at the end of 2014. The next year, he debuted in the regular season.

In 2016, the right time came to showcase his talent. Pro Football Focus ranked him the 5th slot receiver. He landed the 18th position in the rating of NFL wide receivers thanks to his nearly 70% catch rate.

In 2018, the Baltimore Ravens approached Snead with a contract worth $10.4 million. His previous team had a right to match the offer in 5 days but they didn't. Willie signed with the new team for two years. According to the terms of the final version of his contract, he got $7 million, including $3 million guaranteed and a $2-million-worth signing bonus. Before this agreement expired, the sportsman signed a 1-year extension for the 2020 season and was paid $6 million.

Snead stayed with Las Vegas Raiders for half a year in 2021. His contract was $1.1 million worth.

He began to play for this team in 2021. He left in around a year when his contract came to an end.

He signed with this team in 2022. In October, he was released. Snead received a promotion to active roster on October 3, 2022.

In 2020, the star proposed to his future wife Chanelle, who's also known as Nelly. It happened at a Frozen-themed birthday party. The couple has 2 kids.