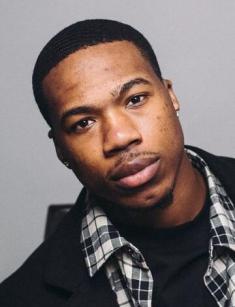 Marcus Williams is a popular football free safety who played for such teams as the Baltimore Ravens, New Orleans Saints, and Utah Utes. He was born on the 8th of September, 1996. Marcus is of American nationality and black ethnicity. The faith he believes in is currently not known.

Raised in Corona, CA, Marcus started his football career in college. Since then, he has become the most popular NFL player of all time. Currently, as of October 2022, Marcus is with the Baltimore Ravens as a safety player. He is also known for being a meme on the Internet for a while.

Marcus grew up in Corona, a city that is located in California state. He is from a typical middle-class family that consists of six members: dad Sylvester, mom Franschell, and three brothers named Brian, Eric, and Jonathan.

Marcus studied at a high school in Eastvale, where he played various sports, such as basketball and football. Then he enrolled in a college where he played football for the University of Utah.

Williams was picked by the New Orleans Saints in the second round (42nd overall) of the 2017 NFL Draft. In 2017, he was the sixth safety chosen. The New Orleans Saints signed Williams to a four-year $6.24 million contract on June 3, 2017, with $3.42 million guaranteed and a $2.67 million signing bonus. Williams was given the franchise tag by the Saints on March 9, 2021. On March 30, he signed the one-year tender.

Marcus agreed to terms with the Baltimore Ravens on a five-year, $70 million contract on March 16, 2022. He was the team's leading tackler in Week 1 against the New York Jets, with 12 combined tackles, a 33-yard interception return, and a forced fumble. The Ravens would win by a score of 24–9.

To be honest, not much is known about his personal life. Marcus prefers to keep all the details away from fans and the public. He has an Instagram account with more than 143k followers where he often shares pictures of himself hanging out with family and friends.

Throughout his sports career, Marcus gained the following awards:

Here are the detailed statistics for all-time playing in the NFL: