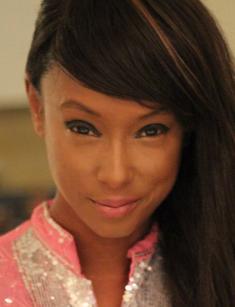 Trina Colette McGee, who is previously known as Trina McGee-Davis, is a New York native and TV actress. She was born on September 6, 1969. Trina holds American nationality and is of black ethnicity. The faith she strongly believes in is Catholicism.

Trina is best known for starring in ABC's sitcom Boy Meets World, which was a huge sensation and became popular worldwide. For some time, Trina was a student at Howard University (Washington, DC).

Trina was born and raised in the Bronx, New York. There she went to a local high school. To be honest, not much is known about her childhood and early youth. It is still unknown who her parents are. By the way, Trina's parents are of Haitian descent as well.

Until her career started, Trina studied at Howard University for a while, but as a result, she didn't finish her education there.

Trina scored her first recurring TV job as Angela Moore in Boy Meets World in 1997 after performing in small theatre parts and guest starring in several comedies. Angela and Shawn Hunter's interracial romance was unique for a major network television program at the time, especially one which audience was made up primarily of teens. She once stated that young fans often responded positively and enthusiastically to the couple, frequently asking when the couple might get back together after a split. She stated that she hoped the partnership would be used as a global symbol of color blindness. Moreover, Trina played the part once more in one episode of Girl Meets World in 2015.

Trina is now divorced and focused on her acting career. She was married once. It happened in 1991 when she first met Courtland Davis, her future spouse. Throughout their marriage, Trina and Courtland welcomed two kids: Ramia and Langston Davis. Now the couple is no longer together. They divorced in 2001.

In a June 2020 interview with Yahoo Entertainment, Trina discussed her experiences with prejudice as a Boy Meets World cast member. She named Will Friedle, Danielle Fishel, and Ben Savage as three of the celebrities she had run-ins with.

Trina also worked as a producer, director, and writer for such projects as Sins of the Guilty and Confessions of Isabella (both of 2016), Detainment (2020), Keepin' the Faith: Momma's Got a Boyfriend (2010), and Jessica Sinclaire Presents: Confessions of a Lonely Wife (2010).