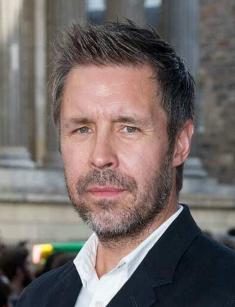 Patrick George Considine, who is known as Paddy Considine, is an English screenwriter, actor, and director. He was born on the 5th of September 1973. Patrick belongs to the English nationality and ethnicity.

Patrick is better known for collaborating with Shane Meadows. He starred in such projects as A Room for Romeo Brass and House of the Dragon.

Patrick was raised in the English county of Staffordshire, Burton upon Trent. He has Irish descent thanks to his dad, Martin. Patrick was raised with one brother and four sisters. Interestingly, there is no information about Patrick's mom as well as entire family details.

Patrick studied at senior school and then enrolled at a college in Burton. In 1994, he decided to make a career as a photographer, so he attended university in Brighton.

Patrick initially made an appearance in the movie A Room for Romeo Brass after graduating from college, when he first met Meadows and began working with him. Patrick co-wrote and starred as Richard in Meadows' revenge thriller Dead Man's Shoes (2004), which at the time was the most important role of his career. For this portrayal, Patrick received the Best British Actor Award at the 2005 Empire Awards. Before moving to the Gielgud Theatre in the West End, Considine made his professional theatrical debut in The Ferryman at the Royal Court Theatre in April 2017. In August 2022, Considine debuted as King Viserys Targaryen in the Game of Thrones prequel series House of the Dragon.

Patrick is married to Shelley Insley, whom he met in his youth. They welcomed three children and now live in Patrick's hometown, Burton. As the actor says, he prefers to keep his personal life details away from the public. In 2011, Patrick was diagnosed with Asperger's syndrome, which causes difficulties while communicating with society, but it didn't stop him from continuing his acting career.

Throughout his successful career, Patrick received the following awards: