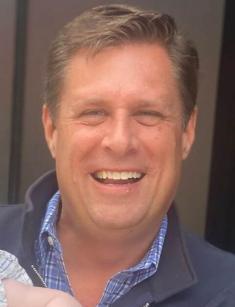 Geoffrey G. Diehl is a Pennsylvania-native politician and the candidate for governor of Massachusetts. He was born on April 23, 1969. Geoffrey is of American nationality and white ethnicity. The faith he believes in is Catholicism.

He is among the wealthiest and most well-liked politicians. Forbes, a reliable source, estimates his net worth to be at $1.5 million. From 2011 until 2019, Geoff served as the Massachusetts House of Representatives 7th Plymouth district representative. Attempting to unseat Democratic U.S. Senator Elizabeth Warren in 2018, he garnered 36% of the vote in the main election.

Geoff's hometown is Bethlehem, a city that is located in Pennsylvania state. But he was born in Austin, TX. The family moved from there when Geoff was about 3. He had a typical childhood. Geoff went to the local high school. It is known that he was the only child in the family. After completing his high school education, Geoff enrolled at Lehigh University. He graduated with a bachelor of arts degree in urban and government studies.

In 1992, Geoff relocated to NYC and worked in advertising after graduation. Later, he worked in Los Angeles, producing television.

On February 22, 2010, Geoff started running for the 7th Plymouth District seat. Former lawmakers from the same district, including Andrew Card, Michael Sullivan, Ned Kirby, and Ronald Whitney, endorsed Diehl. Senator Scott Brown of the United States also endorsed Diehl. Geoff was a key proponent of the 2014 initiative to repeal the Massachusetts gas tax indexing statute, which was approved by voters.

Geoff launched his candidacy for governor on July 4, 2021. He served as the Massachusetts state co-chair of Donald Trump's 2016 presidential campaign and was a Trump delegate to the RNC in 2016. As a candidate, Diehl opposed firing employees and first responders for not getting the vaccination and consistently opposed federal and state regulations put in place during the COVID-19 outbreak. He supports parents who wish to determine whether or not their children should receive a vaccination. Geoff received 71% of the delegates' votes at the Massachusetts Republican Party's formal endorsement at the state party convention on May 21. On September 6, he secured the Republican nomination. In the general election, he will run against Maura Healey.

Geoff is married to KathyJo Boss, with whom he has two kids. Their names are Emily and Kaylee. Now she still lives in Massachusetts along with her brother's family. Geoff volunteers and is involved in community organizations. When Geoff has free time, he prefers to write articles and essays, travel, and spend the rest of the time with his wife and kids.