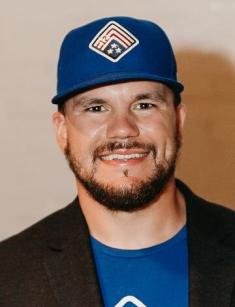 Kyle Schwarber is a popular Ohio-born baseball outfielder who played for the Philadelphia Phillies team. Kyle's birthday was March 5, 1993. He is of American nationality and white ethnicity.

On his current team, Kyle plays under the number 12 as a left fielder. As of 2022, he is a well-paid sportsman who has a salary of about 19 million dollars. Kyle is better known for playing for the college baseball team, the Indiana Hoosiers, and debuting in MLB. Throughout his career, Kyle played for such teams as the Cubs, Boston Red Sox, and Washington Nationals.

Kyle was raised in Middletown, a city that is located in Ohio. He spent most of his childhood growing up and playing various sports games. He went to the local public school, where he also played baseball for the school's team. His dad, whose name is Greg, was a police chief, while his mom, Donna, was a housewife. He raised him along with three sisters.

After completing high school education, Kyle enrolled at a university in Indiana and started playing college baseball, being a member of the Indiana Hoosiers.

He first started playing in college. After graduating, he signed a contract with the Chicago Cubs.

The Cubs of Chicago

The Washington Nationals announced on January 9, 2021, that they had signed him to a one-year major league deal with a mutual option for 2022. Kyle had a hot June, hitting 16 home runs in 18 games from June 12 to June 29, following a sluggish start to the season. He was added to the disabled list on July 3 due to a strained right hamstring.

Kyle was sent to the Boston Red Sox on July 29, 2021, in exchange for pitcher Aldo Ramirez, a minor leaguer. On August 13, he was brought off the disabled list, and that night, against the Baltimore Orioles, he made his Red Sox debut. He turned down his share of a mutual option on November 5 and went unsigned.

On March 20, 2022, Kyle signed a four-year, $79 million contract to play for the Philadelphia Phillies. He launched a 488-foot home run into the upper deck at Petco Park during Game 1 of the National League Championship Series on October 19, 2022, making it the longest home run ever at that venue and by a Phillie.

Kyle is a married man. His spouse is Paige, with whom he got engaged in December 2019. As Kyle says about himself, he is a huge fan of the Boston Red Sox baseball team. In 2017, Kyle launched a fundraiser for first responders.

Here is the full list of achievements that Kyle gained throughout his baseball career: