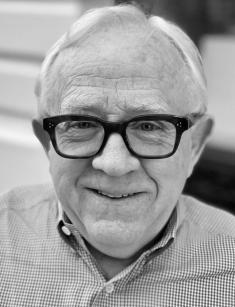 Leslie Allen Jordan, who was born on the 29th of April 1955, was a popular writer, comedian, and actor. He is known for starring in such projects as Heart Afire, Will & Grace, American Horror Story, Shake It Up, and many others works. Leslie was of American nationality and mixed ethnicity.

The actor was born in Chattanooga, Tennessee, and spent his entire childhood there. He was raised in a very supportive and lovely family. His mom was Peggy Ann Jordan (before marriage, Griffin) and his dad was Allen, who was a military man and served in the US Army Reserve and then died due to the airplane crash when Leslie was only 11. In his childhood, Leslie studied at Brainerd High School.

In 1982, Leslie moved to LA, where he started studying journalism in college and playing in the theater. There, Leslie quickly became drug and alcohol-dependent. By the way, he was even arrested because of it. Later, he healed himself and stopped doing drugs.

In 1986, Leslie made his acting debut in the action series The Fall Guy as Malone. His small stature and Southern drawl instantly made him noticeable in the field. In the film The Help, he played Mr. Blackly, the newspaper editor. Throughout his career, he has made cameos on a variety of television shows, such as Murphy Brown, Will & Grace, Lois & Clark: The New Adventures of Superman, Star Trek: Voyager, Caroline in the City, Pee-Playhouse, Wee's Reba, Boston Public, Boston Legal, Nash Bridges, American Horror Story, and Hearts Afire. Leslie performed "This Little Light of Mine" as "Soft Serve" while serving as a guest panelist on The Masked Singer in Week 5 of Season 6 in 2021. Later, in season 7, he made a comeback as a panelist guest.

Leslie described himself as an openly gay man. He didn't have any kids or any spouses throughout his life.

Unfortunately, on October 24, 2022, Leslie died in a car accident. His vehicle hit the building. It happened on Cahuenga Boulevard in Hollywood. He was found dead on the scene before the emergency services tried to save his life.

Leslie's discography is not as huge as his filmography is. It consists of only one record, made on April 2, 2021, and called "Company's Comin'".